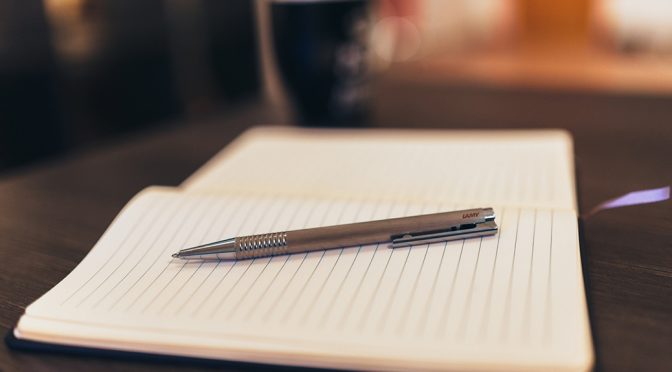 A larger selection of short courses can be found on the self-paced learning webpage.  These can be studied at your convenience to fit in with other commitments.

A recent news story that three UK universities are on the verge of bankruptcy is concerning for staff, but risks creating extra stress for students. Among these, young people – in the process of applying for a place – may even be put off committing tens of thousands of pounds because the government can’t write a blank cheque to guarantee a bail-out if the worst happened. What would happen in reality may be a different story, but the risk of sending a shockwave through the sector is a reminder of the banking collapse.

Adding additional uncertainty to the financial stability of universities, a review of tuition fees is underway and may result in a reduction of c.£2,500 for students—bringing fees down to £6,500 p.a. (£13,500 for STEM subjects). Analysing the impact of this is a question of supply and demand, but no doubt there will be winners and losers. However, a decision is not due until early next year so there is still time for some joined-up thinking.

Returning to the rising controversy over university offers this summer, one UK University will no longer make unconditional offers. The aim is to maintain entry standards after they discovered that a number of their newly enrolled students did not get their predicted grades. A spokesperson at the University and College Union talks of: unconditional offers forcing students to make snap decisions, inflated grade predictions and the system making a mockery of exams.

YouTube has announced a plan to make an investment of $20 million in educational content called YouTube Learning. The initiative will support education-focused creators by supporting the production of multi-session educational series. Conditions for funding include the requirement to have at least 25k subscribers and an intent to “teach in a factual, informative and trustworthy manner”. This is likely to increase the quality of site content and add to credibility.

Samsung has revealed a prototype of the long-rumoured folding smartphone, the ‘Infinity Flex Display’ also billed as a ‘Phablet’. Despite critique that it’s probably doomed from the start, it’s a technology that would make online study even more portable so it’s definitely one to watch.

Imperial College London has revealed plans for lecturers to teach from afar using hologram-like apparitions. The effect that has previously been used to transmit images of Michael Jackson and Elvis Presley will work like video-conferencing, except the technology is expected to give lecturers a greater sense of presence. The real benefit is the ability to invite guest speakers from all over the world without the need for expensive travel. Other advantages include simultaneous presentations to students in more than one location.

Since cycling through several approaches to 3D innovation, Yale has started a new project to explore the development and application of 3D experiences for teaching and learning. Their ‘hub model’ partners instructors with technologically capable students and uses a centralised pool of equipment and funding.

The future of podcasting

After a slow start, initial academic interest in podcasting peaked in 2008 due to low listener numbers. However, in the last ten years listener numbers have quietly risen enough to increase the potential for using podcasting in higher education, helped by the massive growth of smartphone usage and a surge in user-generated content. Listener numbers have increased to such a level that the podcasting industry is potentially headed for a Netflix-like approach to paid streaming services for exclusive content—an approach that, based on TV streaming, is likely to popularise the technology and make it part of everyday life.

Distance learning breaks down the barriers caused by life’s complications. There is no ‘typical’ distance learner—everyone has their own reason. When Afghanistan Veteran Jeremy Haynes, a paraplegic following a terrorist attack, told his psychologist he wanted to go back to school he was told to be realistic, he wouldn’t operate mentally like he did before. Happy to prove the psychologist wrong, Jeremy is now studying for a doctorate in business administration and flourishing as an online learner.

ExtensionEngine’s Scott Moore puts excellence before anything else. He reports on the number of conferences and workshops he’s attended where excellence has been overlooked in favour of standardisation, adoption rates, faculty impediments and limited budgets. Standardisation hinders innovation, and this doesn’t work in an age of rapid technological change. You can’t meet student needs, now or in the future, if you don’t make the most of what’s available and plan for what’s yet to come. Excellence is continuous improvement and that can’t be standardised.

The ‘Edvation x Summit’ in Tokyo has revealed the latest innovations that could be enhancing Japan’s educational future. Among them, two stand out: