6. Music combines well with other subjects

Posted on September 4, 2015 by Martin Clarke

Music combines well with other subjects – you’ll begin your undergraduate degree studying music alongside other Arts subjects including Art History, Classics, English, History, Philosophy and Religious Studies. You can follow these other subjects alongside music as you progress through your degree and even onto postgraduate study.

Music exists in relation to many different ideas and media, and within a whole variety of contexts, which is part of what makes studying it so interesting. Most obviously, when we listen to a song, there is a relationship between music and words, which, in academic terms, brings Music into contact with the study of literature. The very first time music appears in the OU’s undergraduate curriculum is in a chapter on ‘The Diva’ in AA100 The Arts Past and Present. Here, you examine how words and music are linked in the songs performed by artists like Maria Callas and Madonna. In A224 Inside Music, you’ll have a chance to explore the relationship between music and literature for yourself as you compose a song. You’ll also explore the reasons why the songs of writers as diverse as Ralph Vaughan Williams, George Gershwin and Stevie Wonder have been so successful. Among the many things you’ll learn is how to make your musical setting respond to the structure, imagery and meaning of the text. In A342 Central Questions in the Study of Music, the relationship between literature and music is probed even more deeply in a detailed study of a song by Mahler. Music and Literature is a major research area within the OU; to see how OU academics examine this relationship, visit the Literature and Music Research Group pages. 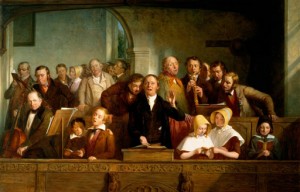 The combination of words and music isn’t necessarily just about the connections between studying music and literature, however. Song forms an important part of religious practice in many cultures, and as well as investigating the musical and literary aspects of religious song, considering the relationship between these and religious beliefs is another another example of Music interacting with another academic discipline, namely Religious Studies. You’ll encounter this in several ways in different OU modules, notably in A105 Voices, texts and material culture, and in part 2 of the MA, A874, which features a unit on Music and Religious Identity in Victorian Britain. Back in 2008, the OU and the BBC collaborated on a series of programmes on Sacred Music. Our students often pursue the study of music with another subject in research degrees; for example Owen Coggins is currently studying for a PhD on Drone Metal and Mysticism in the Departments of Music and Religious Studies. 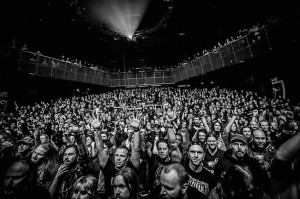 These are just two examples of how music relates to other disciplines; you’ll find many more in our modules. If you’re considering focusing on music as the main subject for your OU degree, you might use these relationships to help you work out what other module you would like to study at Level 2, for instance.

This entry was posted in 10 reasons. Bookmark the permalink.