Posted on September 2, 2015 by Catherine Tackley

Music is creative – you’ll learn about how musicians work creatively with sound, and experience this for yourself.

As we mentioned earlier in this series of blogs, you don’t have to be an expert musician to understand more about music. But in our modules we do spend some time thinking about what musicians do in their work. We encourage students put themselves in the shoes of the professionals to experience something of what it is like to be a performer, a composer or a record producer.

Have you ever stopped to think about the sheer number of creative decisions that are taken in the process of making a record you hear on the radio, for example?

In our level 2 module A224, you have the opportunity to put your theoretical knowledge of music into practice in a series of songwriting exercises, setting words to music, culminating in a complete song. In this podcast, professional songwriter Danny Cope, who contributed to the module, explains how he writes his songs – from the initial inspiration, through the development of ideas, to the final version – a process which you will follow in your own work. 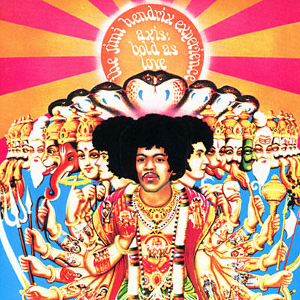 But often this is only the first part of the process of bringing musical ideas to an audience. In A342, we go behind the scenes at a recording studio to discover more about the process of recording a song, exploring what performers, producer and engineer in this environment – as well as post-production editing and mastering to create the final version ready to release. We also study iconic recordings, for example by the Beatles and Frank Sinatra, to investigate the impact of the recording process on the performances. This involves learning to listen to the sound of the record itself. For example, the use of stereo (placing sounds to the left and right) can give a sonic illusion of space and even movement – for an extreme example, listen to Jimi Hendrix’s ‘Exp’ from Axis: Bold as Love.

Even this brief description has exposed the creative input of many people into a record, all making decisions will have an impact on how the music is perceived by audiences. Listening to, studying and experimenting with music in this way will make you more aware of your own creativity – creative thinking is important in academic study and in the workplace more generally, too.

This entry was posted in 10 reasons, Performance, Teaching. Bookmark the permalink.