Posted on January 21, 2016 by Catherine Tackley 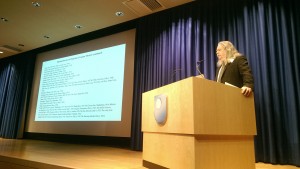 The music department hosted a highly successful international conference entitled ‘Hidden Musicians Revisited’ on 11-12 January. The theme of the conference was chosen in honour of Emeritus Professor Ruth Finnegan, whose seminal book The Hidden Musicians: Music-Making in an English Town originally published in 1989, had a profound effect on the study of all musical genres. Keynote addresses were delivered by Professor Derek Scott (University of Leeds) and by Professor Finnegan. 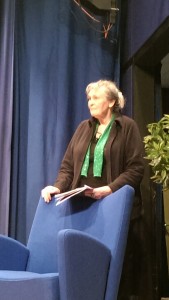 Delegates from Australia, the US and all over Europe and the UK gave papers on a wide variety of topics reflecting the influence of Professor Finnegan’s work, and many were able to benefit from Finnegan’s personal contributions to discussions following their presentations. Publication of a selection of papers is now in the planning stage.

2 Responses to ‘The Hidden Musicians revisited’ conference a huge success