May Academic of the Month: Ben Winters 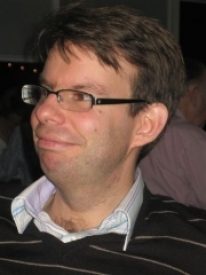 This month, I’ve been doing a number of things in my role as Lecturer in Music. I’m currently preparing to head off to New York to give a paper at the annual Music and the Moving Image conference. The paper, entitled ‘Characters Between Two Worlds: Korngold and the Anti-Metaphysical Film Score’ is initial preparation for my next book – on the film scores of Erich Korngold – and a chance to try out some ideas on colleagues. I’ll repeat the paper in Leeds next month, so I should gain plenty of feedback.

Other research activities involve continuing to work on two edited collections of essays: The Routledge Companion to Screen Music and Sound, and a book for Ashgate called Music, Modern Culture, and the Critical Ear. With a combined total of over 50 chapters, I’ve had plenty of editing to do (in addition to writing my own chapters, of course). 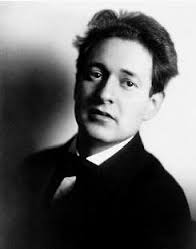 In my role as chair of A874 (MA in Music, part 2) I’ve been busy preparing for the MA Study Day – which will be a chance to meet some of our current MA students, and to talk about the task of tackling the writing of a dissertation – and, in addition, I’ve been reflecting upon the first presentation of the module. As MA students don’t finish their dissertations until September, there’s still a way to go until the end of the year. But as the next presentation starts immediately, any changes for the next presentation have to be agreed now. It really is an all-year-round operation!

I’ve also been busy as part of the team redesigning the Arts Level 1 curriculum. This is likely to occupy increasing amounts of my time over the next few years, but is a great chance to communicate with thousands of arts students.

1 Response to May Academic of the Month: Ben Winters