The Centre for Research in Modern European Philosophy (CRMEP) at Kingston University, London, is currently advertising MA and PhD scholarships that might be of interest to those who would like to pursue further study in European Philosophy. Further information is available here.

Abstract: As the fact and the nature of Kant’s controversial essays on race become better known, the question of their relationship to his major philosophical works is extremely vexing. Starting with the critical philosophy, and recognising the application of aspects of it in the essays on race, still allows, in principle, for their separation, isolating and marginalizing the topic of ‘race’ in Kant’s oeuvre. Starting instead with Kant’s ‘natural history of the human races’, this talk will suggest that there are ways in which Kant’s work on race may be more tightly woven into the critical philosophy that has hitherto been recognized, giving aspects of the critical philosophy – specifically Kant’s philosophical claims concerning the necessity of teleological judgement in both the Critique of Pure Reason and the Critique of the Power of Judgement – its lead, and perhaps even its practical motivation. Although this does not mean that the critical philosophy is hopelessly compromised (study of it will remain important and productive), this does mean that the place of ‘race’ in Kant’s oeuvre will need to be reconsidered.

All you need to know about empathy can be found in Derek Matravers‘s new book — entitled, appropriately enough, Empathy (Polity, 2017). Heather Battally (of Cal State, Fullerton) describes it as ‘A terrific introduction to the concept of empathy’. Karsten Stueber (who wrote an excellent book on the subject, called Rediscovering Empathy) describes it as ‘very enjoyable, highly nuanced, and historically astute…a first rate introduction.’ Further information, including a table of contents are available here. 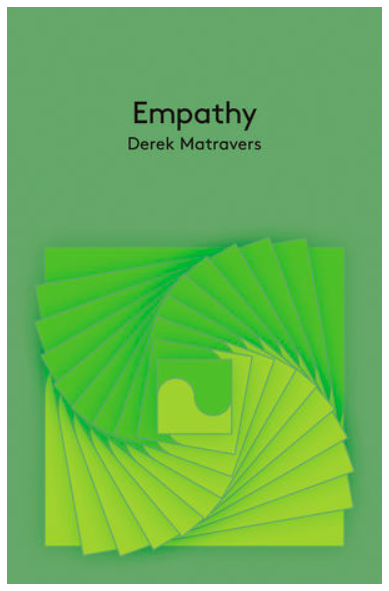 The book is out in the same series as Carolyn Price‘s excellent book, Emotion, which was published by Polity in 2015.