Conceptual Artist Robert’s Good’s new piece, “A New Dictionary of Art” is out now. The Foreword to this is by our very own Derek Matravers. 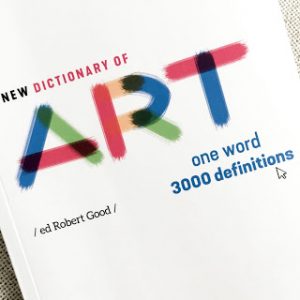 More info can be found here.

Derek Matravers has been awarded AHRC funding for a project protecting cultural heritage in war:

The UK government has expressed its intention to ratify the 1954 Hague Convention for the Protection of Cultural Property in the Event of Armed Conflict; it is the only major military power not to have done so. The Convention (which has become part of the Law of War, hence rendering ratification largely symbolic) obliges countries to ‘refraining from any use of the property and its immediate surroundings or of the appliances in use for its protection for purposes which are likely to expose it to destruction or damage in the event of armed conflict; and by refraining from any act of hostility, directed against such property.’ This obligation can be put aside if the property is being used by the other side for military purposes, or for acts of ‘military necessity’. 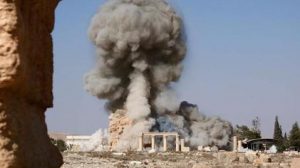 This raises significant problems for current thinking about the conduct of war, which is couched almost exclusively in terms of human goods and harms. This now has to be re-thought, so as to include consideration of goods and harms to cultural property.

We aim to answer three questions:

1. Under what circumstances may we intentionally or foreseeably damage sites of cultural property in war?

2. What, if anything, ought we to do to protect cultural property in conflict zones and at what cost?

3. What is the appropriate response to damaged sites of cultural property?

The project will result an academic monograph; a collection of papers; a ‘Framework Document’ outlining policy on Cultural Property Protection (CPP) and providing ‘Codes of Conduct’ for the military; and a MOOC for use by members of the military, NGOs, and other interested parties.

In addition to academic partners, the project team includes members of the British, US, and Norwegian Armed Forces; an international lawyer with extensive experience of working on UN Conventions; politicians (Baroness Andrews, who was instrumental in pushing for the UK ratification of the Convention); the British Museum ‘Iraq Scheme’; and the International Committee of the Blue Shield (the only organisation created and mandated under international law to protect cultural heritage in war zones).

More information about the project can be found here

Congrats to our Jon Pike who will be a Visiting Scholar at the Uehiro Centre for Practical Ethics at Oxford in 2018.

More information about the activities of the centre can be found here: http://www.practicalethics.ox.ac.uk/home