This post is part of a series where we explore some of the biggest deals the Open University Library has in place which allow OU researchers to publish Gold open access at no or reduced cost. Today we are focussing on the deal with SAGE Publishing.

What do these deals mean?

We have been busy negotiating and investing in several deals with publishers over the past few years which look at ways to offset the costs of our journal subscription spending against the increasing institutional costs of open access publishing.

We have now invested in 20 of these ‘transformative deals’ with publishers which allow you to publish Gold open access (where the final journal article is immediately freely available to read or download from the publisher’s website) at a reduced or zero cost to you. Check out our website for full details of the agreements we have in place.

Our agreement with SAGE means that OU affiliated corresponding authors publishing in SAGE Choice (hybrid OA) journals can now publish Gold at no charge to the author.

They also offer a 20% discount off list price to publish in licensed SAGE wholly Gold OA journals. The 20% discount can be obtained by quoting code JISC2020 in the RightsLink portal. For Open Access Journals where RightsLink portal is not used, the corresponding author must contact apcqueries@sagepub.co.uk to request the discount. If the corresponding author does not request the discount via the code, they may request an amended invoice by contacting SAGE’s Open Access customer service team prior to payment being made (apcqueries@sagepub.com).

How do I make use of the deal?

Eligible authors will be contacted directly to ask if they would like to benefit from this deal, so you do not need to take any action. All articles published on or before 1st January 2020 are eligible, so authors may receive emails from SAGE asking if they would like to retrospectively make previously published articles Gold OA at no extra cost. You’ll need to be quick, authors have 5 days from the date of the email to confirm if they would like to publish Gold. All ‘article-type’ outputs are included in the agreement(book reviews are excluded).

Open access (OA) means making research publications freely available so anyone can benefit from reading and using research. Open access is part of a wider ‘open’ movement to encourage free exchange of knowledge and resources in order to widen access and encourage creativity.

Please get in touch with the Research Support team if you have any further questions about the SAGE deal or any other transformative agreements we have.

If you haven’t heard of BrowZine yet you need to check this out!

BrowZine is a website designed to allow you to browse scholarly journals from different publishers all in one place! What more could you want?

This is the home page which offers you the option to either search in the search bar or choose a subject from the list.

Once you’ve selected the journals by category or subject, the titles are displayed by journal rank or A-Z. Then it is simply one click to search the entire journal for relevant articles which you can read directly through the database. In the image below you will notice the journals are listed in alphabetical order and in the top left-hand corner you can go back to change the subject you are searching under. It really is that simple! 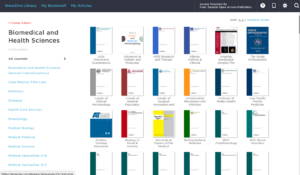 Another amazing feature of BrowZine is that it is extremely tablet and mobile device friendly so it is perfect for browsing on the go. This means you can read complete scholarly journals in a format that is specifically optimised for mobile or tablet devices. 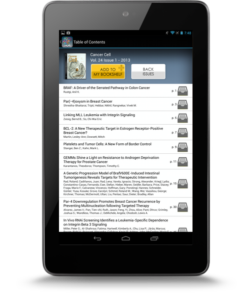 To access BrowZine follow this link. This will ensure you are accessing the database via our OU proxy URL. Alternatively, you can head to our library website and click ‘database collections’ underneath the search bar. You will find BrowZine listed under ‘B’ and from there the link will take you to the database.

The OU Library is always trying to improve the results you can find in Library Search.

Ex Libris (the Library Search provider) have created a new, more accurate and far reaching index. This index contains a vast amount of information from a large range of publishers. Since November we have been working with Ex Libris on integrating this into Library Search to give you an improved service.

From 4th May you can expect Library Search to surface more content. You are also more likely to see the results you want at the top of your results list and fewer broken links. If you have set up search alerts in Library Search, you will notice the first alert after the update will contain a large number of results due to these improvements. This applies to both email and RSS search alerts.

The way you use Library Search and your My Favourites area will remain the same. 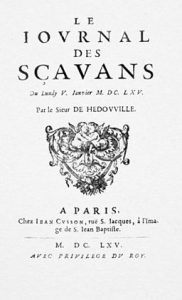 Well, like most things in academia, the question of which academic journal came first is contested.

Usually, it’s seen as being between Journal des sçavans, which was based in Paris, and Philosophical Transactions, produced by the Royal Society of London.

However, the issue seems to be whether historians consider Journal des sçavans to be a “true” academic journal, with some believing that it didn’t contain enough original science to count.

Either way, the history of scholarly communications is fascinating and I look forward to digging into it some more to see what it can tell us about the future of academic publishing.

For a recent OU training session I co-ran entitled “Finding and evaluating external scholarship literature” I was asked to speak very briefly about evaluating journals to publish in.

Attendees were introduced  to Think Check Submit, which provides “a simple checklist researchers can use to assess the credentials of a journal or publisher” then they used it  to evaluate a scholarship journal they had found and were asked to reflect on its usefulness.

I also distributed a more comprehensive checklist that I synthesized from other universities’ guidance. It covers all the major questions I found and categorises them.

Please feel free to download and use this list as an RTF file or as an ODT file (it is available under a CC0 license). RTF, for example, is compatible with most word processing software including Microsoft Word.

Let me know your thoughts!

The recent EU Competitiveness Council’s Conclusions on The transition towards an Open Science system calls for “immediate open access as the default by 2020, using the various models possible and in a cost-effective way, without embargoes or with as short as possible embargoes”.  That’s both great and ambitious.

The International Association for Scientific, Technical and Medical Publishers (STM) responded to this statement with the concern “suggested embargo periods which do not take into account the long-term sustainability of continued quality content generation”.  The conventional wisdom being is that no embargo periods, or very short embargo periods, undermine the existing subscription based business model as Author Accepted Manuscripts will be freely available at the same time, or very soon after, the final published versions.  These published versions either require an institutional subscription to access or a hefty one-off fee for downloading individual articles.  Given, this choice why would anyone pay for the research article?

Entertainingly, the Secretary General of the League of European Research Universities (LERU) Kurt Deketelaere has called the STM response “2,5 pages of nonsense” and those academic publishers that require embargo periods would do well to reflect on their reliance of this argument when justifying them.

Firstly, the BIS Report on Open Access in September 2013 states that “there is no available evidence base to indicate that short or even zero embargoes cause cancellation of subscriptions.”  Referencing the PEER (Publishing and the Ecology of European Research) project of 2012, the report goes on to state that “traffic to journal websites increased when articles were made available through a publicly accessible repository, possibly because interest grew as articles were disseminated more widely.”  So the logic in the first instance, may well be flawed.

Secondly, what publisher embargoes are doing is driving researchers away from legitimately making their research outputs more freely available.  As a practitioner that is what I see on the ground.  When researchers deposit their Author Accepted Manuscript to our Institutional Repository only to find that there is a 12 or 24 month embargo on that output being freely available they turn around and say… “Well that’s not Open Access is it?” and they are right.

Faced with this scenario what options are there for researchers?  We’ll plenty, the two obvious ones are, Academia.edu and ResearchGate, both are busting at the seams with content that shouldn’t really be there.  Failing that researchers can upload papers to personal websites or they can share articles using #icanhazpdf or they might not even have to do anything and get their papers shared for them via Sci-Hub.

Academic publishers like Elsevier, Wiley and Taylor & Francis should reflect that long embargo periods are limiting the effectiveness of legitimate Green Open Access and speeding up alternative models of content sharing that are much more threatening to them than the perceived impact of Green Open Access.

Springer (in association with Jisc) have recently announced a new Compact for UK Universities and their researchers.

Researchers from eligible UK Universities (including the OU) are now eligible to get their articles published Gold Open Access.  No charges need to be paid by the researcher at point of acceptance as they are covered by the general institutional subscription managed in the library.

To be eligible you need to be:

The process is that the author will provide evidence of their institutional affiliation (e.g. institutional email address) at point of acceptance.  Springer will then contact the OU (Library Services) to check the researcher is actually affiliated to the OU.  Once the OU (Library Services) verifies affiliation the article will be published Open Access.

The system is in effect from now and should run until December 2018 subject to annual opt outs.

A new tool was released earlier this month to help researchers better understand who they can trust with publishing their work. 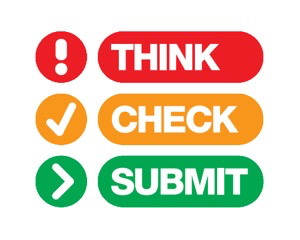 These publishers “seem to be in the scholarly publishing business only in order to collect APCs and provide rapid publishing without proper peer review for authors who need publications in their CVs“.(1)

The checklist will particularly aid early career researchers submitting their research to publishers for the first time.  By working through questions like “Can you easily identify and contact the publisher?” and “Is the journal clear about the type of peer review it uses?” researchers will be able determine whether a publisher can be trusted with their research publication.