This week Alan Stiles (ORO Developer) and I ran a workshop on ORCID with particular attention to linking individual ORO (the OU’s Institutional Repository) accounts to existing or new ORCID accounts. 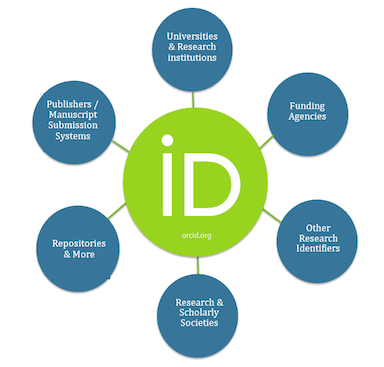 The development work has gone on for some time and isn’t complete due to other emerging priorities – but we are currently able to link accounts so that all publications listed in ORO can be pushed to ORCID when individual researchers grant ORO permissions to do this.  I was a bit tentative about doing this and we had a few issues! However, this was countered by a few “wows” in the room when all the publications people had keyed into ORO suddenly appeared in their ORCID account! But there were a few things for us to take away:

The development is still best considered in beta and only those people who signed up for the session had the ability to link ORO to ORCID.  It’s not available to all ORO users by default.  However, if you want to be able to do  (if you do please email the Library Research Support team). At this stage it’s probably best to do this on a one to one basis or in small groups.

And one last thing… we did a very short flip chart warm up where I asked people “Where, or how, did you find out about ORCID” which was instructive. 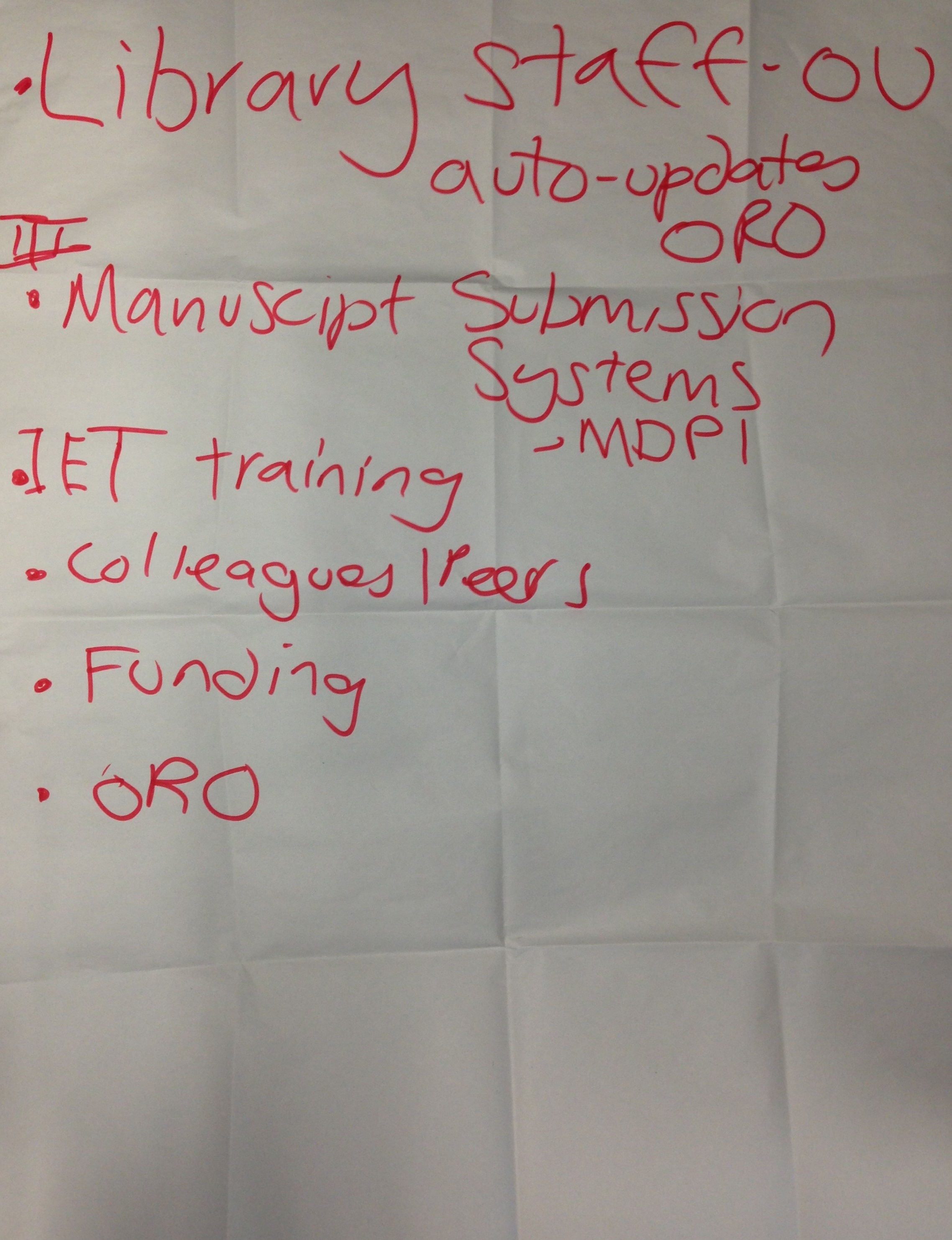 Most people who had encountered ORCID had been prompted to add an ORCID by publisher or funder submission systems.  So people had created ORCIDs in order to complete the submission of an article or a bid… and probably hadn’t done anything with their ORCID account afterwards.  So what’s the wider impact of this – researchers signing up for ORCIDs to comply with funder publisher requirements but not really knowing what it’s for, or what to do with it?  Zombie accounts we called them… and that’s a problem.

One thought on “Linking ORO to ORCID”