Top downloads from ORO in August are available below. 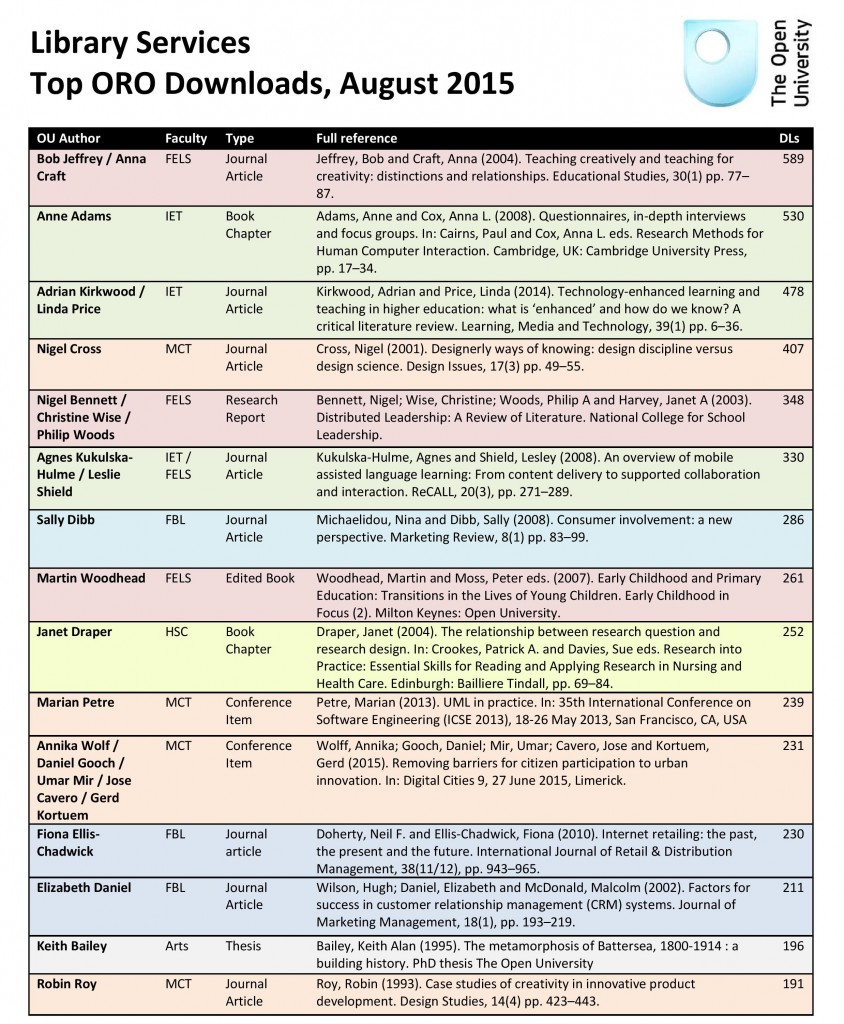 One item new to the Top 15 is Removing barriers for citizen participation to urban innovation by Annika Wolf et. al. or ORO ID 43854.

This paper was only made live in ORO on 11th August and collected over 200 downloads by the end of the month.  Digging into the short online history of this paper was quite instructive.

The paper was indexed by Google Scholar on the 15th August and was issued in relevant Google Scholar alerts on the 17th August.  It was picked up in the social media and tweeted (most notably by @participatory on the 17th August).  Downloads immediately peaked at over 100 including nearly 40 downloads referred from twitter.  The importance of repositories, web scale indexing and alerts, and social media in the dissemination of scholarly publications is strikingly apparent. 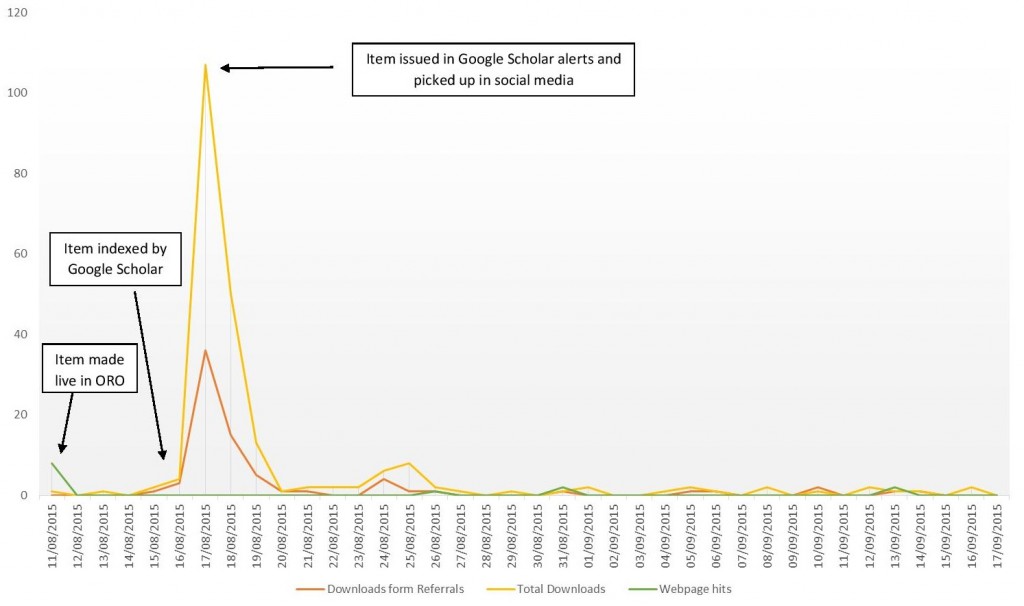 And throughout this, hits to the ORO webpage (the abstract view) were virtually zero. So the repository is in a way invisible to the reader – and I’m not sure that really matters.  As long as we structure good metadata around content and are visible to services like Google Scholar then our research publications can be surfaced wherever the reader finds them.

Chris looks after Open Research Online (ORO) on a day to day basis. He has worked in this role since 2011 and can advise on using ORO to maximise dissemination of research outputs and Open Access publishing generally.
View all posts by Chris →
This entry was posted in Open Access, ORO, Social media. Bookmark the permalink.