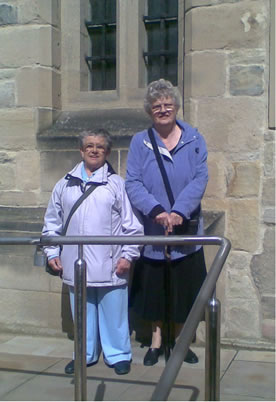 Mabel Cooper played a major part in virtually all our conferences since they started in 1997. This year for almost the first time in 16 years she will not be with us for an event that she always looked forward to and enjoyed.

To celebrate her contribution, and her dedication, over so many years, Dorothy Atkinson will introduce a film shown on BBC2 in 1999. In this short film Mabel tells the story of her life and at the same time tells the history of learning disability.

After the film her friend, Gloria Ferris, together with her supporter, Jane Abraham, will make a personal tribute to Mabel.