In this project people with learning disabilities who had stayed in their local borough recorded their life stories. The stories help us to understand how some people stayed living in their home area instead of being moved out of borough. People described by services as having 'high support needs' were included in the project.

To enable people to share their experiences we walked and drove together in the areas they had grown up in.

We called these 'mobile interviews'.

We took photographs of people and places that were important in people's lives.

We also made life journey maps that supported people to share their stories. We will show some pictures and film from the project about mobile interviews and map-making.

Understanding these stories is important. Many people continue to be moved away from their family, friends and local community to receive services. This had happened to a lot of people at Winterbourne View.

Mabel went into primary and secondary schools to tell her life story to children. Her story inspired and educated the children and teachers.

Mabel was sent away as a child. She found this hard. She wanted to make a more inclusive society. She wanted people with learning disabilities accepted, valued and welcomed within their local schools and communities. This includes people with challenging behaviour.

She helped children to understand those people in their communities that are different from them. She wanted to stop bullying. She wanted everyone to make the most of the opportunities they have.

She also worked with other self-advocates. She helped them tell their stories and then to share these in schools. The self-advocates were more confident. They also built positive links with local school children. We recognise that there are many self-advocates that could do this across the country.

Sadly Mabel died in 2013. We explain the steps we are taking now to build on Mabel Cooper's rich legacy.

Following Winterbourne View the Department of Health set up a project to find examples of good practice that could improve the lives of people with learning disabilities and their families. We were really pleased that both Mabel Cooper's work and The Staying Local Project were chosen by people with learning disabilities and families as amongst the six best across England.

At the end we talk together about Good Practice. We ask "What is good practice and what is the law?"

Sue Ledger is a Visiting Research Fellow with the Faculty of Health & Social Care at The Open University. Sue is a qualified social worker with experience of managing a range of community-based projects. Sue's PhD 'The Staying Local Project' used inclusive research methods to explore stories of local support for people with learning disabilities. 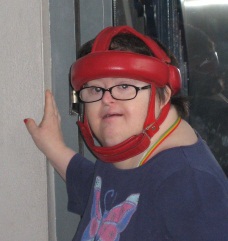 Sue Thorp recorded her life story as part of the Staying Local project. Sue, and others involved in this project, developed life journey and local history maps to share their own storeis and the story of how some people from inner London stayed in their home borough. Sue has recently contributed to an ESRC seminar series that explored the involvement of people with high support needs in research.

Lindy Shufflebotham is Acting Chief Executive of Yarrow Housing. Yarrow is a voluntary organisation working with people with learning disabilities in west London. Lindy was involved in supporting Yarrow tenants who participated in the Staying Local research project. 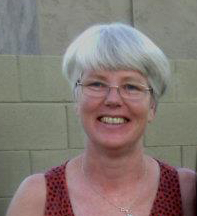 Jane Abraham has been working as an advocate with people with a learning disability for the last 15 years. She worked alongside Mabel Cooper over the last 10 years of Mabel's life. They met at meetings in National Mencap when Jane was a Leisure Development Officer there. Together they planned and ran awareness sessions in schools in London and Kent (initially with funding from European Year of Disabled People in 2003). Jane continues to work as an advocate, supporter and trainer, to help a new generation of self advocates be inspired and heard.