I am a PhD researcher in the School of Earth, Environment and Ecosystems Sciences, and work with the Dynamic Earth research group.

My PhD research title is "When did crustal melting form the soft centre at the heart of the Himalaya?"

Funding is provided by the NERC CENTA DTP and a BGS (BUFI) CASE partnership.

Mountain belts represent areas of the earth’s crust that have been distorted by geological processes, been buried at depth and then brought back up to the surface. During this time the rocks are squeezed and deformed and sometimes melted at high temperatures and pressures. The presence of molten rock is important as it has a dramatic effect on the strength of the mountain belt, making it soft and weak and allowing the crust to move and almost ‘flow’ against the effect of gravity. Understanding how and when the rocks changed from being buried to being brought back to the surface is important for understanding how mountain belts evolve over time. 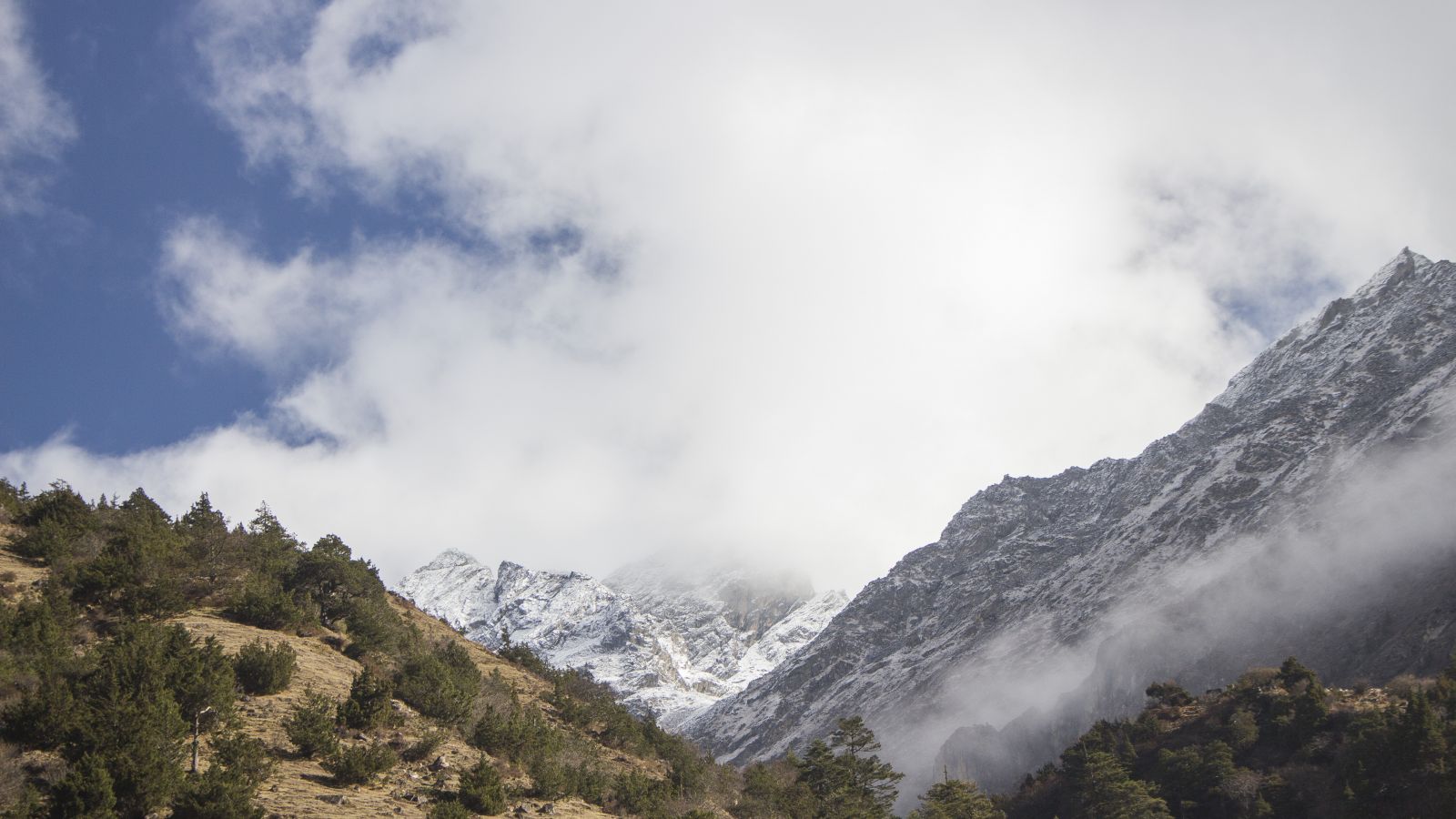 To investigate the processes that occurred in the heart of mountain belts, we can look at granite, the solidified remains of molten crust. My research involves looking at granites throughout the Himalaya, but particularly in Eastern Bhutan.

By looking at these rocks in the field, collecting samples and looking at them under a microscope, I can start to unravel how these rocks began to melt, and what reactions were occurring between minerals at the time. By carrying out chemical analyses of the rocks, involving techniques such as firing lasers at certain minerals, I can gain precise information about when the granites formed, some 30 to 40 million years ago. These analyses can also provide us with detailed information about the temperatures and pressures the rocks experienced. So by investigating the rocks at a very small scale I can then identify processes happening at a larger scale, and ultimately understand the dynamic evolution of the Himalayan mountain belt. 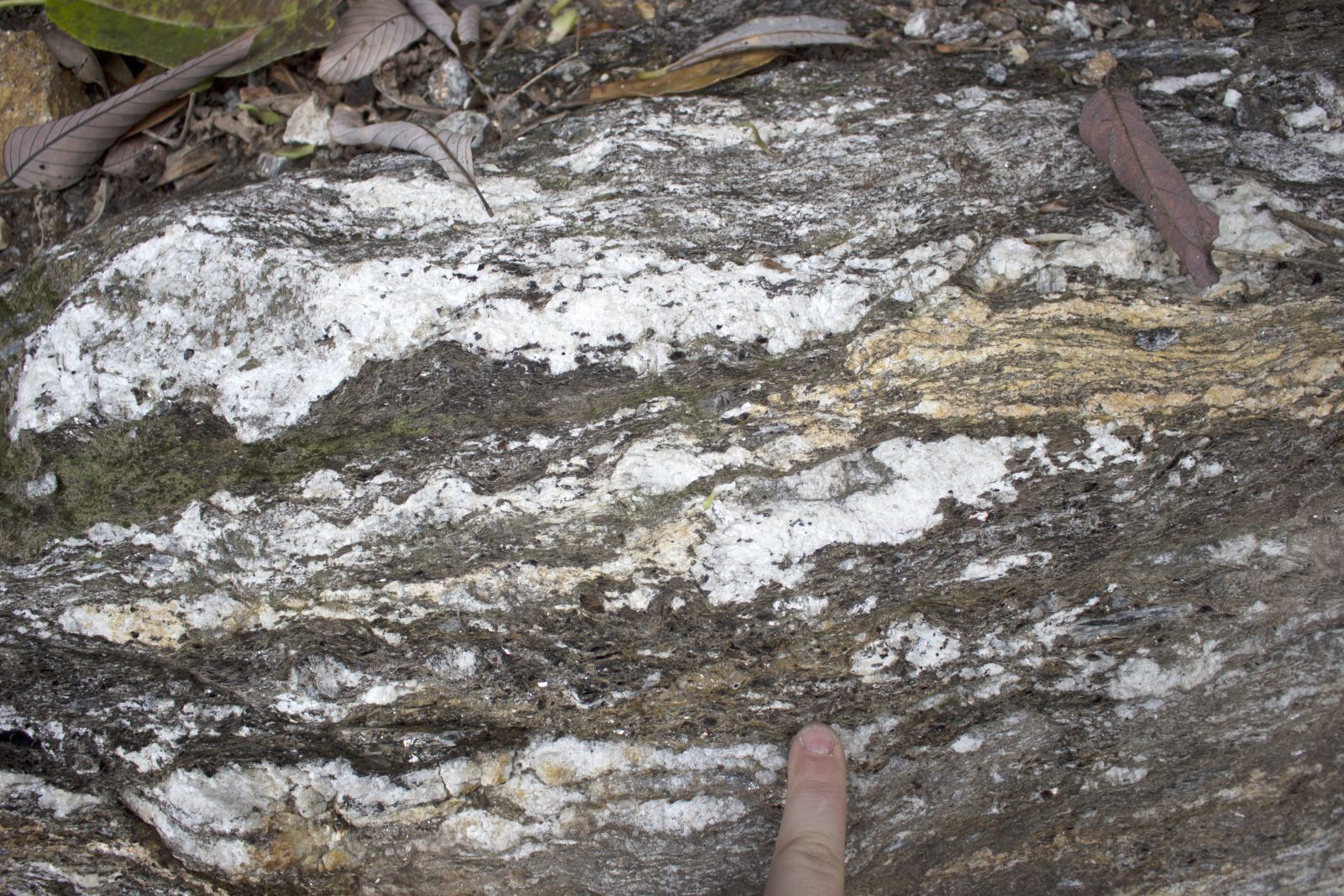 Small-scale lenses of granite (white rock) formed from the melting of the surrounding schist (darker rock).

I have worked as a Brilliant Club tutor for 2 terms, where I taught the courses "The Chemistry of a Cupcake", and "How to Make a Mountain", a course designed by myself around my PhD research.

I am passionate about science communication. I have produced a number of short videos explaining my research to a general audience, and have also helped create a podcast to share my love of geology and fieldwork with others.

Co-host and website designer for the Fieldwork Diaries podcast, a podcast talking to researchers about their fieldwork experiences.

Winner of the 2019 OU Grad School Multimedia Presentation Award and 1st prize in the 2019 SGI On The Rocks Geological Video Competition.

Winner of the 2018 OU Grad School Multimedia Presentation Award and 2nd prize in the SGI On The Rocks Geological Video Competition.

The Great Geo Bake Off

The Great Geo Bake Off.

Why Do Geologists Study Rocks

A 60-second film produced for the Science Made Simple Video Competition 2017.

Why do geologists study rocks?

A short video created by students on the NERC Engaging Research training course 2017.