The Outstanding Research award in the OU’s Research Excellence Awards 2019, was presented to Professor Ignacio Romero and Professor David Male, Faculty of Science, Technology, Engineering and Mathematics, for their research that helped to solve one of the major problems associated with the investigation and treatment of diseases of the brain such as Alzheimer’s Disease and Multiple sclerosis.

The award recognises outstanding research achievement for a project that has enhanced the reputation of The Open University in a global or national context.

The runner up is Professor Derek Matravers, Faculty of Arts and Social Sciences for his ‘Heritage in War’ project. 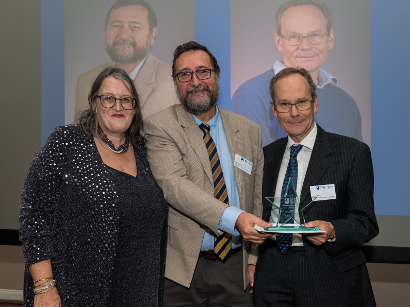 Investigating and treating diseases of the brain

In 2003 Professor Ignacio Romero and Professor David Male developed an immortalised cell line, from human brain endothelium – the cells that line blood vessels in the brain, in collaboration with a laboratory in Paris. This helped to solve one of the major problems associated with the investigation and treatment of diseases of the brain.

The cell line was patented and has since generated £118,000 in royalties for The Open University. It has been used as the basis for a tissue-culture model of the human blood-brain barrier by more than 160 research laboratories and adopted under license by 12 major pharmaceutical companies.

Watch the video to hear more about Professors Romero and Male's research: 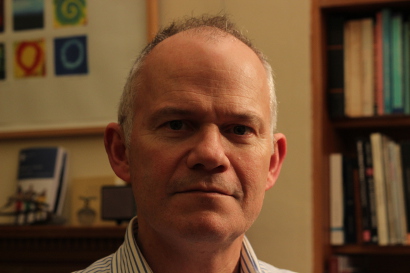 Derek Matravers, OU Professor of Philosophy, teamed up with one of the world’s leading Just War theorists, Helen Frowe of the Stockholm Centre for the Ethics of War and Peace and received £410,000 from the Arts and Humanities Research Council to fund the ‘Heritage in War Project’. This project now works with a range of home and international partners, (including the British Museum, the West Point Military Academy, and the Norwegian Council for the Ethics of the Defence Sector). In doing so, it will contribute both to the theoretical literature and to practical matters such as the formulation of policy.