Comet or asteroid? Mysterious ‘Oumuamua shows why we may need a new classification system

Ever since space scientists first spotted the odd, cigar-shaped object known as 1I/‘Oumuamua in the sky, they have been debating what it is exactly. Suggestions have included an asteroid, a comet and even alien spaceship. Now a study, published in Nature, suggests it may actually be a comet – but an unusual one.

The fascinating findings add to recent discoveries which suggest it may be time to think beyond the division of asteroid versus comet.

The force of gravity is what keeps our feet on the ground, the moon orbiting the Earth and the planets orbiting the sun. It is also the main agent that governs the trajectory of comets as they swing through the solar system. It was his laws of gravity that allowed Newton’s colleague Edmond Halley to predict the return of the comet that is now known as Halley’s comet. The same laws enabled the Rosetta spacecraft to catch up with and fly alongside comet 67P/Churyumov-Gerasimenko.

1I/’Oumuamua was first sighted in October 2017. Calculations based on the laws of gravity showed that its trajectory was neither the ellipse of a comet nor the circle of an asteroid. Instead, ‘Oumuamua appeared to have a hyperbolic orbit (see video), meaning it was not gravitationally bound to the sun. This means it is almost certainly an interloper from beyond the solar system. Hence the “1I” part of its name: the first interstellar body.

The passage of ‘Oumuamua through our solar system.

‘Oumuamua passed within 0.25 astronomical units (AU) of the sun (1 AU is the distance between the sun and the Earth). As a well-behaved comet, it should have developed a coma and tail as ice and dust vaporised from the surface by a process called sublimation. But, despite an organised and concerted observing campaign by the international astronomical community, no trace of a coma or tail was seen.

Indeed, measurements of its composition showed it had more in common with asteroids than with comets: the low reflectiveness of its surface indicated that there was little, if any, ice. It also seemed to have organic material that had been altered by exposure to cosmic radiation – like many asteroids.

Alongside such observations was ‘Oumuamua’s very unusual shape: although the object couldn’t be seen directly, modelling of its light curve (how the amount of reflected light varies as an object rotates) suggested that it was long and thin – cigar-shaped rather than the more usual semi-rounded appearance of asteroids and comets. This led the more fanciful to posit that ‘Oumuamua might be a fabricated, rather than a natural, visitor to the inner solar system, perhaps an alien spacecraft.

So: comet, asteroid or spaceship? We can probably discount the interstellar spaceship – surely it would have at least paused to investigate the mixture of signals emanating from our planet. So comet or asteroid are the options left. The same group that published the discovery report of ‘Oumuamua continued observing the object, acquiring data from instrumentation on practically all the world’s major ground-based telescopes, as well as from the Hubble Space Telescope. 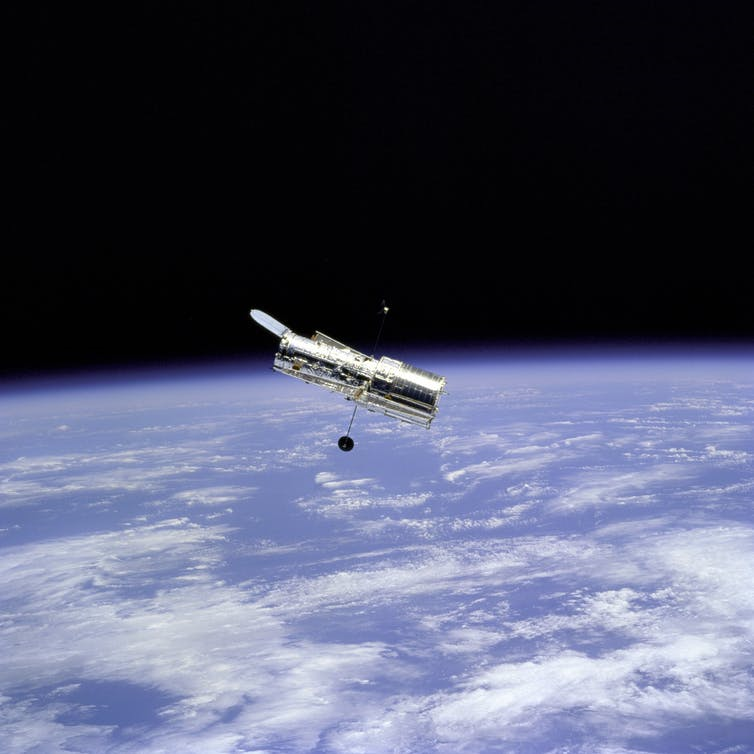 What they discovered was that there was a deviation from the path that ‘Oumuamua should be following if it were influenced by gravitational effects alone. It seemed as if ‘Oumuamua was being slightly pushed away from the sun. The team investigated every non-gravitational effect that they could: was ‘Oumuamua swayed from its path by the pressure of solar radiation? Was the effect of thermal emission as the object rotated significant? Had it had a collision that changed the trajectory?

Other options included it having an unusual distribution of mass or perhaps a centre of gravity displaced from the centre of its body. It could also be highly magnetised, so that it interacted more strongly with the solar wind. Based on their extremely precise and comprehensive series of observations, the team surmised that none of these effects was sufficient to explain ‘Oumuamua’s orbit. Instead, they concluded that significant release of gas by sublimation was the main feasible mechanism – and that would suggest it is a comet.

This is a significant conclusion to reach, not just for ‘Oumuamua, but for cometary and asteroidal science more generally. There has only been a handful of previous observations of non-gravitational effects on cometary orbits, mainly because the measurements required to make the calculations have to be undertaken over a very wide distance. Assuming ‘Oumuamua was outgassing in a similar way to other comets, then the body was losing water and dust at a rate of about 2.4kg per second.

This compares with 20kg per second for 67P/Churyumov-Gerasimenko. It would appear that although ‘Oumuamua seems to have a similar density to solar system comets, it must be much stronger, given the paucity of dust released. Or perhaps the dust was more firmly bound to the surface by the organic compounds present.

So can we really say 1I/‘Oumuamua is a comet, albeit with asteroidal properties? Or could it be an asteroid with cometary properties? Does it matter? I’m not sure that it does. The division between asteroids and comets in the solar system used to be obvious: asteroids had circular orbits, were made of rock and metal and lived in the asteroid belt between Mars and Jupiter. Comets had inclined elliptical orbits, were made of rock and ice and came from further away.

But over the past few years we have discovered families of asteroids scattered all over the solar system, as well as Kuiper Belt Objects. We have also found comets with both short and long orbits. And we have seen unusual features on objects that we thought we knew quite well. The asteroid Ceres, for example, has salts left behind as ice vaporised from the surface by sublimation – a process often seen in comets, but not in asteroids.

Since ‘Oumuamua, along with small bodies in the solar system and instestellar guests, seem to exhibit a spectrum of compositional and dynamic properties, it may be time to think beyond the asteroid versus comet division, and look for a new way to classify these objects. Perhaps we need many more categories. Or maybe just one – the class of Small Body. Clearly ‘Oumuamua is showing us that we have not yet uncovered the variety of objects to be found in our own neighbourhood.