By Byron Dueck, Senior Lecturer and Head of Music at the Open University. 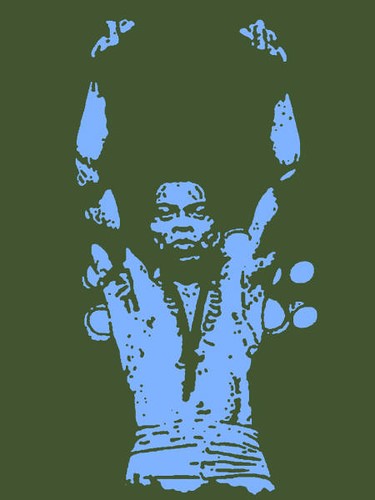 It’s difficult to imagine British musical life without the contributions of migrating musicians and the music they bring with them. In the realm of western art music, the works of the Halle-born George Frideric Handel are closely bound up with British public life. Musicians such as Jamaica-born Joe Harriott and the South Africans Chris McGregor and Louis Moholo-Moholo have played an important role in the history of UK jazz and improvised music. In pop, meanwhile, the UK has been a home for shorter or longer periods to musicians including Fela Kuti, Jimi Hendrix, Chrissie Hynde, and Madonna.

More broadly, it’s difficult to imagine the British soundscape without the musics closely associated with particular migrant communities: bhangra, songs from Bollywood musicals, and the many popular styles originating in the Caribbean, among them ska, reggae, and lovers rock (not to mention the genres they inspired and influenced, including jungle and grime).

As the foregoing suggests, music intersects with migration in a range of ways. It’s not just that musicians migrate: migrant communities bring their music with them, and, complicating matters, musical sounds make their way around the world themselves, often divorced from their original communities and contexts (a process the Canadian composer R. Murray Schafer called ‘schizophonia’).

Jason Toynbee’s and my 2011 edited volume Migrating Music was an exploration of these various overlapping aspects of music and migration. One of the issues considered was how music is freer to make its way around the world than the people who make and listen to it. Sounds cross borders with relative impunity, while musicians are often stopped at them (a few recent UK and US examples include the cancellation of a top Zimbabwean musician's concert, the cancellation of a Somali music star's tour and the cancellation of concerts by Iranian musicians). It appears there is less love for people than for the music they make – surely a concern for those who see a role for the arts in cultivating empathy and respect for difference.