The British pound’s slide in value against the US dollar to less than US$1.15 on March 18, from over US$1.30 at the start of the month, partly reflects a familiar retreat into US assets as the global economy stalls due to the coronavirus panic. America’s currency and government bonds are traditionally viewed as the safest place to park spare wealth, however erratic the country’s leadership.

But the pound’s unusually swift descent against the dollar, down more than 10% in the past two weeks compared to the euro’s 4% decline against the American currency, highlights particular vulnerabilities that may also delay any sterling recovery.

The UK’s large financial sector means a lot of wealth could flow out of it – from pounds into dollars. The London stock market, home to a concentration of oil, gas and mining companies hit hard by commodity price falls, was always liable to sell off. While the flight from riskier equities is currently benefiting the UK government’s bonds, its current near-zero borrowing cost depends on foreign buyers keeping faith that the pound will rebound once current upheavals subside.

Pound vs US dollar 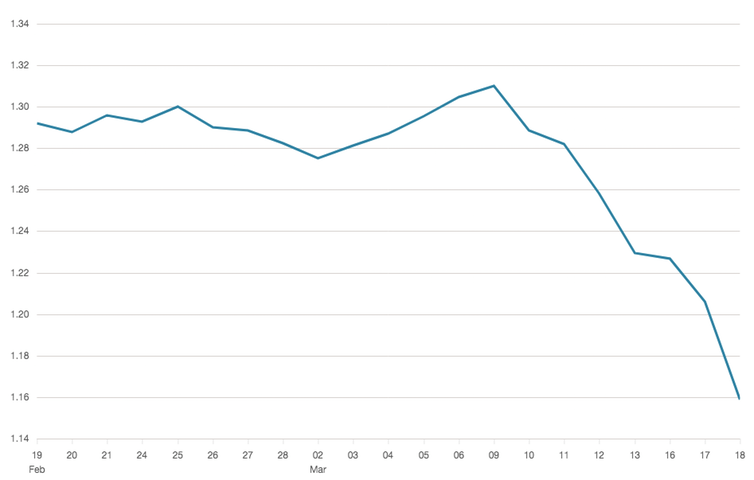 The UK’s chronic deficits with other countries – on trade and the wider current account – are also pushing the pound down, since current conditions are likely to worsen them. The problem is that many UK exports – including finance, business services, transport services and high-value products that travel by air – depend on movements of people that simply can’t happen during a coronavirus lockdown.

Normally there is a healthy surplus in insurance, meaning that the UK exports much more of this service than it buys from overseas. But this is also at risk as the cost of production stoppage mounts and insurance companies pay out much more than usual. In contrast, the UK is a net importer of food, manufactured goods and other items it must continue to buy, and can’t quickly switch to producing more at home.

Investors have also been digesting the financial implications of the pledge by the chancellor, Rishi Sunak, to do “whatever it takes” to support the economy through the extended health emergency. The chancellor was able to show in his March 11 budget that the already substantial commitment to coronavirus relief and Brexit adjustment, which added £125 billion to the public debt projected in his predecessor Philip Hammond’s last budget, could still fit within the medium-term target of borrowing only for investment.

But that was before the Office for Budget Responsibility revised down its already subdued growth forecasts for the full pandemic impact, which means tax revenues will dive and the extra government spending will lead to increased borrowing instead. On top of this came the government’s more recent commitment on March 17 to underwrite the whole of the private sector for the indefinite period in which many people can’t go to work or shop for more than essentials.

The UK government’s fiscal deficit – the difference between public spending and income – is now set to go higher even than during the global financial crisis and world recession of 2007-09. Compared to that crisis, the government is starting with a high level of peacetime public debt, 84% of GDP according to the latest data, and an unusually relaxed monetary policy vital to keeping government and household debts affordable. 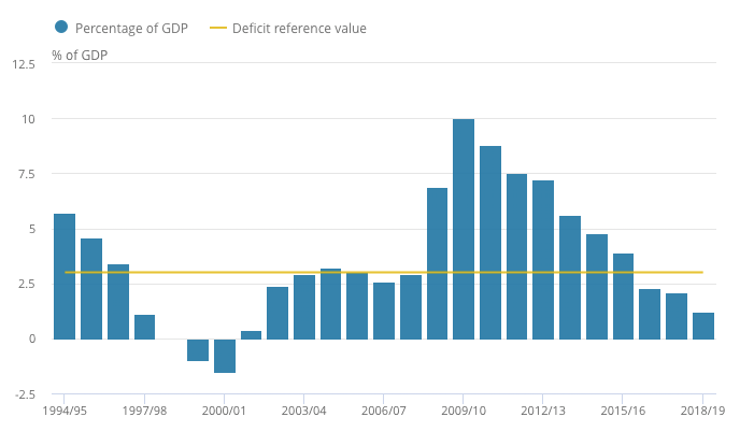 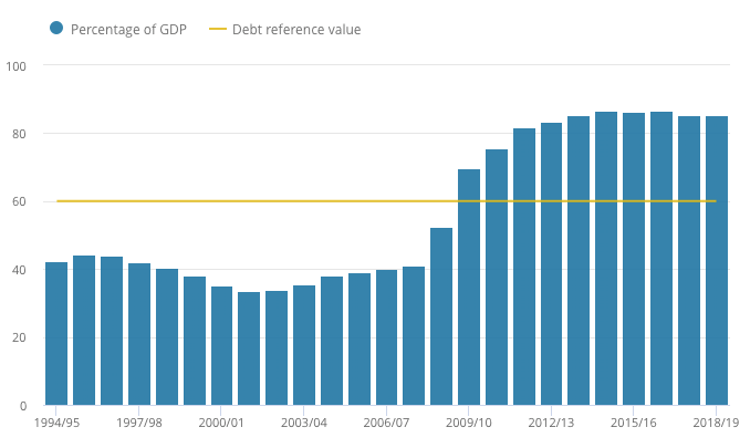 Having cut the base rate as far as it can, the Bank of England has turned again to quantitative easing (QE), under which it effectively creates new money to buy old public debt so that new issues can be made by the government without pushing up the private sector’s borrowing costs.

Former Conservative government adviser Lord O’Neill has recently revived calls for a “people’s QE”, which would enable the government to use new money from the Bank of England to keep funding the ambitious infrastructure projects announced in the budget, as well as footing the coronavirus bill. Ironically, when people’s QE was proposed by Labour leader Jeremy Corbyn and his advisers several years ago, it was widely criticised as redirecting new money that was only safe if kept within the financial sector.

This shift in the debate reflects a growing belief in the “modern money theory” (MMT) argument that governments with their own currencies can spend any amount they like without raising equivalent amounts in tax. They only need to “finance” the resulting deficit with public debt if they’re worried about inflation, which at present is low.

The current sell-off of the pound reflects financial markets’ recognition that MMT ideas are gaining influence – as well as their concerns about inflation. Whereas 2008 was a crisis of falling demand caused by squeezed financial liquidity, today’s problem is equally a shock to the supply side, after a worldwide interruption to production of goods and services. If the UK goes too far with its fiscal deficit and QE, it will revive aggregate demand much faster than supply. The consequent excess could end in price inflation or an even wider trade deficit – both of which will tend to weaken the pound against other major currencies.

During the previous financial crisis, the massive UK fiscal deficit was purposefully designed to offset an equally large gap in private sector spending, as businesses cut their investment plans and households ramped up saving to pay down debts that had become too big. This time, the government is reopening a large public deficit at a time when the private sector is likely to run down savings and spend money it can’t currently earn. This may only work, without driving up inflation, if there’s a sharp rise in the UK’s currently stalled productivity in order to achieve more output from existing resources – and if trade partners revive fast enough to buy more British exports.

The US, eurozone, China and Japan are also relaxing fiscal policy and stepping up QE. These are significantly larger economic blocs, with a deeper market for the sovereign debt that they are issuing. If they can coordinate a swift revival of their own economies, the UK can ride on the resurging tide of trade and capital flows. Investors might then buy into the UK’s post-viral and post-Brexit growth story, with only a small premium on the government’s borrowing cost to cover currency and default risk. But until that escape route becomes more palpable, speculators are likely to keep betting against the pound.