The CONSERT experiment is the only experiment on board the ROSETTA spacecraft capable of providing information about the deep interior of the comet. In this experiment, an electromagnetic signal with a wave length of around 3m  is transmitted from the Rosetta parent craft in orbit about the nucleus. When the signal is received by the lander (called Philae), situated on the surface of the comet, Philae will transmit a second signal which will, in turn, be received by the orbiter. This will be repeated about 7500 times for each orbit and for a number of orbits of the orbiter. With a sufficient number of orbits, it will be possible to obtain many cuts of the interior of the comet and therefore to build up a tomographic image of the interior. 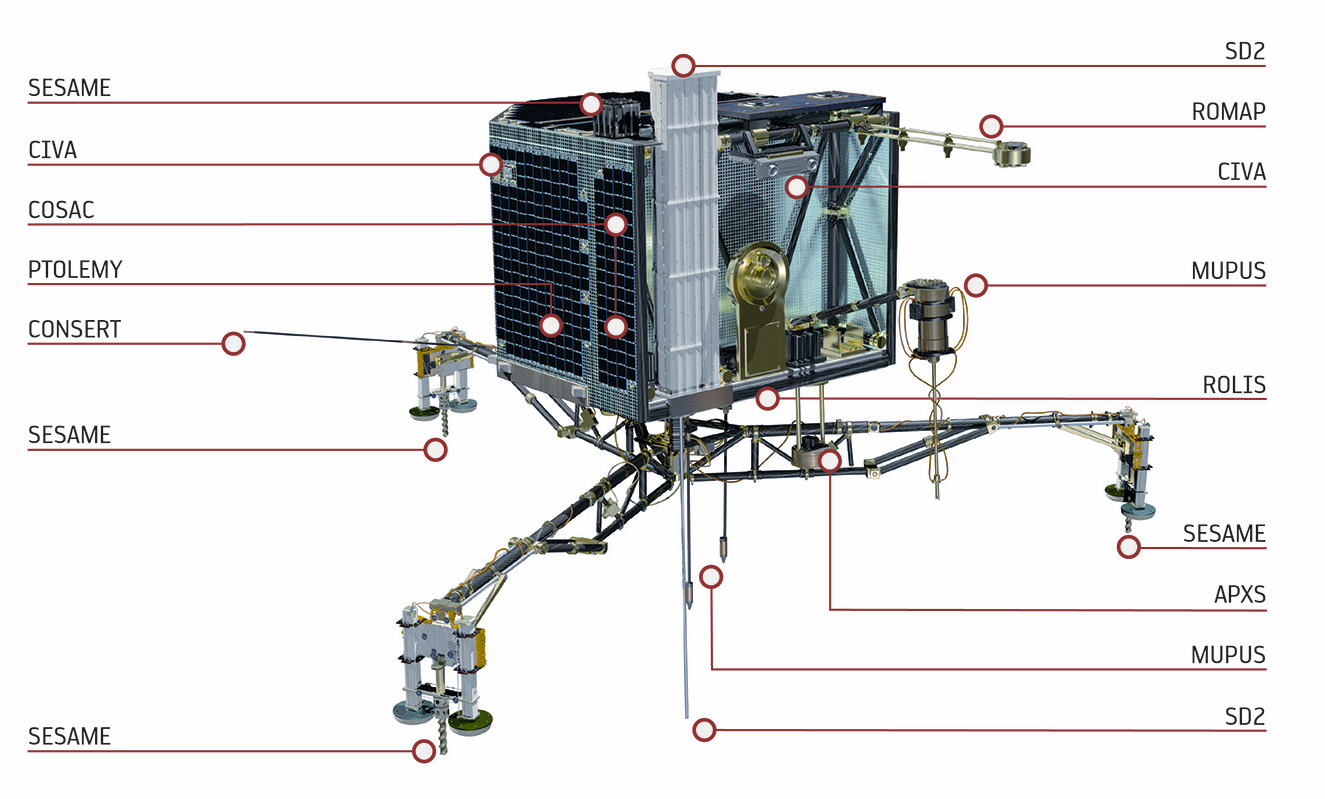 The location of the landing site is thus very important for CONSERT as it depends on the rotation of the cometary nucleus to provide the change in the tratectories of the radio waves through the nucleus. The primary landing site is good for CONSERT in this respect and it also opens up the possibility that some measurements will be through the head of the ‘duck’ only while others will pass through both the head and the body, so that information about the internal structure of both will be obtained.