by Andrew Morse, The Open University

Over the weekend of the 12th to 14th September the Ptolemy team were involved with the Landing Site Selection meeting in Toulouse, with the aim of choosing the primary landing site and a back-up site.  Many factors were taken into consideration such as estimates of probability of safe landing (surface slope, boulders, and cliffs), solar illumination, descent profile, communication windows with orbiter and scientific operations.  From a landing perspective, this is an unfriendly comet with no ideal landing site; each site had its merits but also drawbacks.  We expect better images as Rosetta gets even closer, but a site had to be selected on the available information to allow time for spacecraft planning calculations. 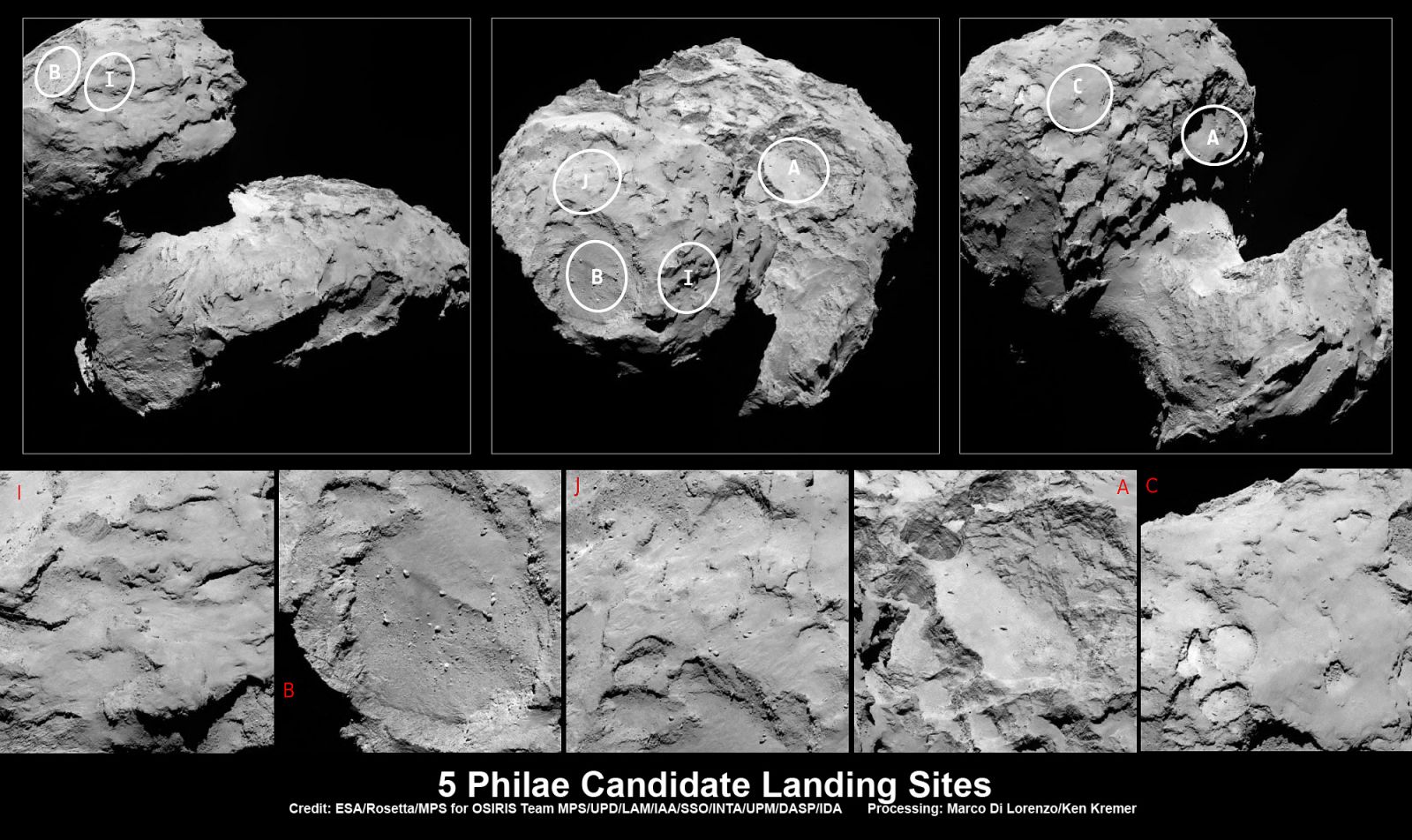 It was an interesting meeting with a lot of information and differing viewpoints from over 70 experts to consider (flight dynamics, orbiter instruments, lander engineers and lander instruments).  Sites A and I were rapidly discounted due to the difficulty in finding a safe descent path and the low probability of successful landing.  In the end a consensus was reached and site J was chosen as the primary site.  This site, located on the duck head, had no major disadvantages and was clearly the safest option.  The meeting became livelier with the discussion focussing on the back-up site – B or C.  Site B, in the centre of the large depression on the duck head has poor illumination which would severely restrict operations after landing for high power instruments such as Ptolemy.  Whilst site C had good illumination it had poor orbiter communications windows which would be a severe disadvantage to some other instruments.  In the end site C was chosen because the latest images showed that it had fewer boulders. 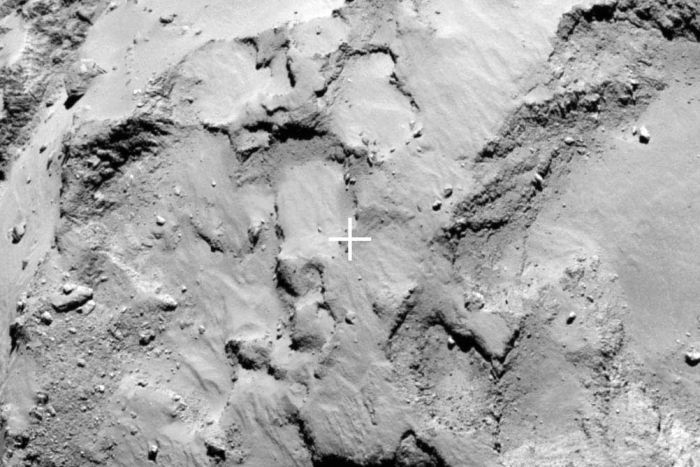 The Landing Site Selection meeting was a unique experience where a lot of information with often conflicting opinions had to be amalgamated.  In the end everyone was satisfied that, with the available information, the best site had been chosen.  Now we are on the final leg of an amazing journey.