As Rosetta has come closer to comet 67P/Churyumov Gerasimenko, images have been produced showing the comet's unusual shape. On the 1st of August a new image from the orbiter's OSIRIS camera was released showing the surface of comet 67P in more detail. 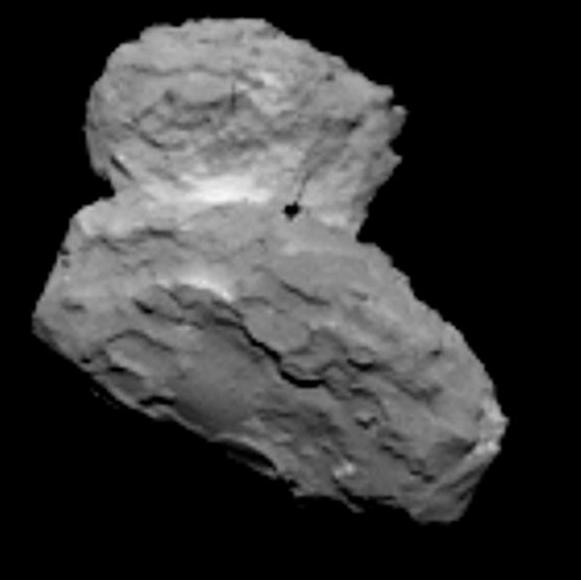 Now, the first temperature measurements have also been made. Taken by the VIRTIS infrared and thermal imaging spectrometer at distances of between 14,000 km and 5,000 km, the measurements have allowed scientists to calculate an average surface temperature of about - 70ºC. This is 20 - 30ºC warmer than was initially predicted and shows that it is too hot to be completely covered in ice.

While this supports previous measurements made by reflectance suggesting that comet 67P has a dark surface coating, much like comet Halley, scientists still expect to find patches of clean ice. As Rosetta approaches its target, VIRTIS will begin returning data for individual features on the comet surface.