On Tuesday 23 June, The Open University in Wales held a free online event which explored the environmental science and research behind the Anglesey episode of BBC Two’s ‘Our Coast’.

Streamed from the OU in Wales Facebook page, the live discussion covered key topics from the BBC episode, including the impact of climate change on our sea levels and coastal areas, and the effect plastics are having on marine life and beaches.

The event was originally due to take place on Anglesey, as part of the OU’s OpenTalks series in Wales. However, the free public lecture was moved online following the Coronavirus outbreak, so that communities and those studying at home were still able to join.

A peak of 101 live viewers joined the online stream from their homes. OU in Wales Director, Louise Casella, introduced two OU academics – Dr Vicky Johnson and Dr Marcus Badger, who worked on the ‘Our Coast’ series –  and paddleboarder and anti-plastic campaigner Sian Sykes, who took BBC presenter Adrian Chiles on a tour of the coastline during the Wales episode.

It's great, and very in keeping with the OU mission, that, even though we can't be in Anglesey, we can still run the event online and speak to an even wider audience about the topics in the 'Our Coast' series.

Dr Johnson and Dr Badger discussed the OU’s involvement in the ‘Our Coast’ series. They explored issues around dune management and sea level change, and plastics in the ocean, using their own research and clips from the programme.

‘Dunes provide protection for low lying land behind them which can include residential areas’, said Dr Johnson. ‘They act as a natural sea barrier rather than a hard-engineered defence.’

‘A healthy coastline needs to be shaped by, but also react to, natural forces. Whilst, in recent history, we’ve had more engineered defences in urban areas, we need to look at a sustainable, longer term plan.’

‘There’s been a massive disconnection between what people buy and the effects it has on the environment,’ said Sian. ‘I wanted to highlight how we’ve become such a disposable, single-use society. Manufacturers and retailers have put unnecessary barriers in place for us as consumers and I want to stop it at source.’

The online event concluded with a live Q&A where viewers asked their questions to the guest speakers.

A recording of the ‘Our Coast’ event can be viewed here. It can be used as a free learning resource for those interested in environmental science, geography, geology, and social responsibility, and those currently studying at home.

Learn more about the ‘Our Coast’ series on OpenLearn. 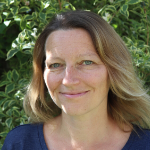 Vicky's teaching and research focuses on elements of environmental study. This includes the value of elements to the environment, such as seawater quality, and how society reacts both to the generation of these values and their uses. Vicky leads the economics line of study across different OU modules of study in relation to the environment. 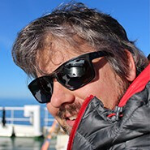 Marcus’ research explores the links between the Earth’s climate and the carbon cycle on multi-million year timescales. He uses a range of approaches including the geochemistry of molecular and carbonate fossils, alongside computational climate models. Marcus teaches across the environment and Earth sciences curriculum at The Open University. Blog: 4 ways we've adapted our degree apprenticeship under the coronavirus

Apprenticeship Programme Delivery Manager Rhys Daniels take a look at how the coronavirus has changed how we're delivering degree apprenticeships in Wales. UK organisations anticipate that it will take 18 months to fully recover from the disruption of the coronavirus pandemic.