Money vs Happiness: More than half of the Welsh workforce would prioritise happiness at work over a payrise A new consumer poll released today by The Open University (OU) in Wales has revealed that it’s not money that buys you happiness, but learning a new skill; and, over half of the country’s employees (57%) would trade in a higher salary in order to feel happier and more personally satisfied at work.

Employees say they are keen to learn new skills and broaden their horizons, with over half (51%) of Welsh people wishing to do so in the workplace. However, the polling has uncovered that employees don’t tend to follow this through – as almost half (45%) claim not to have learnt a new skill in over three years and surprisingly, 6% of people in over 10 years.

Commissioned by Wales’ leading provider of flexible, distance learning – The Open University – to support the launch of the new Welsh Government student finance system, which provides maintenance grants and loans to new part-time students, the polling also revealed what Welsh employees regarded as being the biggest rewards for learning new skills. Positive personal benefits, such as increased confidence (62%) and self-fulfillment (50%) topped the list. And, as an added bonus, as a result of learning a new skill, 1 in 5 even secured a promotion or a pay rise with over a quarter (27%) of employees adding a substantial £3,000 or more to their annual pay-packets.

Darren Jones, Employability and Skills Lead at The Open University in Wales says: “It’s great to see that learning a new skill not only broadens your horizons, but can also have a positive impact on your overall wellbeing. We now want to encourage people to take that next step and convert their good intentions into actions in 2018.

“Whatever your goal, the launch of the new student finance system in Wales which provides up to £4,500 financial support for part-time students, , means that learning something new has become affordable for even more people this year.  The OU’s flexible offering means that you can learn as you earn and, as our poll shows, that’s great news for your personal happiness as well as your pay packet.” 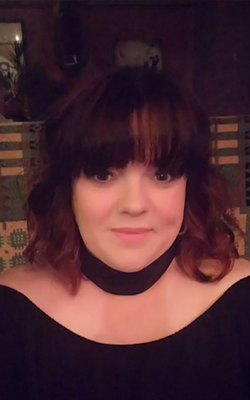 Kath Southard, from Swansea, who graduated from OU with a foundation degree, comments: “As a single working parent, I found that studying for my degree was something that benefitted me as an individual – my confidence grew astronomically. I had to find new ways to manage everything. For example, printing off the course guides and reading them while my little boy was at football practice, or even on the train travelling to work. What’s great about the OU is that it fits around your life and you can study as and when it suits you – without having to put your life on hold.

“I was also promoted at work as a result of the confidence boost and skills that my OU studies gave me. My degree definitely gave me the self-esteem I needed to apply for a more senior role within the business.”

The Open University in Wales offers flexible, part-time qualifications, allowing students to fit their studies around their careers whilst minimising debt by earning and learning at the same time. Students from Wales starting a course from September 2018 can receive up to £4,500 in funding towards living costs thanks to the launch of new student financial support packages by the Welsh Government

The Welsh Government is introducing a new package of financial support for new part-time students starting their studies from September 2018.