During February I was on study leave from my departmental duties as Lecturer in Music—which include being Qualification Lead for Music and chairing A874 (the second part of the MA in Music)—but while this may imply something of a holiday, it was a particularly intense period of work for me. On the 1st of the month, I gave a colloquium paper at Cambridge University’s Faculty of Music about the film scores of Erich Korngold. This was a chance to try out some ideas for my next book, which will be focussed on Korngold’s years in America. Shortly after that, I embarked on a research trip to the United States to gather further archival evidence to help me understand this important period in the composer’s working life. 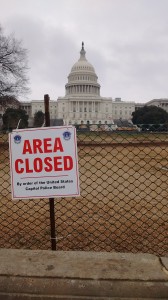 First, I travelled to Washington D.C to spend some time working at the Library of Congress on the Erich Wolfgang Korngold Collection. I’d long worked on selected copies of items from this collection, so it was fantastic to finally see the material in person and get a proper sense the richness of the holdings (something not always obvious from a catalogue). The collection includes not only music manuscripts and correspondence, but also such things as Birthday and Christmas cards, pay slips, and travel documents. It was a real thrill to handle letters from Alma Mahler to Korngold’s wife, Luzi; to leaf through Korngold’s sketches and film-score manuscripts; and to examine such unusual items as Korngold’s Warner Bros. employee identity card. The Library itself was a wonderful place to work, and although Washington felt a little shell-shocked in the wake of Trump’s inauguration, it was a successful first leg of the trip.

At this time, I was also keeping a distant eye on the MA in Music—which was tricky with the time difference—and dealing with copyeditor queries regarding the forthcoming Routledge Companion to Screen Music and Sound. I’m co-editing this book with Miguel Mera and Ron Sadoff, but publisher’s deadlines aren’t easily moved with a publication of this size (300,000 words), so this work had to be squeezed in after long days at the library.

After Washington, I headed over to Los Angeles to do some more research at Warner Bros. Archives at the University of Southern California. This was my third trip there, and I always wish I had more time to examine the collection in greater detail: it’s such a treasure trove of archival documents, and the pressure to ‘make the most’ of the time I had resulted in some intense days of concentrated work. The weather was surprisingly inclement for California, but I found some fascinating detail to add to the developing picture I have of Korngold’s working relationship with both the music department and studio executives at Warner Bros. I also did some work in Special Collections at USC’s Doheny Memorial Library on the days when the archives were closed.

Now I have to go through my extensive notes, sift through the evidence, and work out what it means for my book project—about which I am rather excited—not to mention returning to my departmental duties, of course!