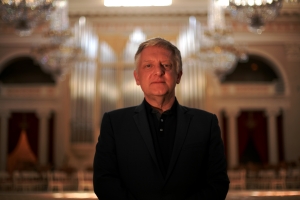 Episodes three and four of “Symphony”, the award-winning collaboration between the BBC and the music department, will be shown this Friday (7 June) and next (14 June) at 8pm on BBC4. Episode three is entitled “New Nations, New Worlds,” and the final part “Revolution and Rebirth.”