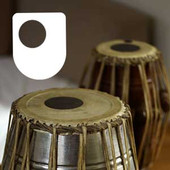 This week the OU’s iTunes U channel is promoting a selection of its content on World Music.

The tracks on this album focus on English Folk singing, the traditions behind the songs, and the stories behind the traditions. Performances from folk singer Norma Waterson complete the fascinating journey through English folk heritage.

The 6 tracks in this album focus on Tanya Tagaq, who describes the amazing art of throat singing and how her heritage and culture, carried in her heart forever, has driven her to continue with this unique tradition.

The tracks in this album focus on three instruments – the tabla, the alap and the voice – all central to the existence of Raga. Each instrument is broken down into the individual sounds that make up the intricate compositions.

Traditional Indian singing is intoxicating – but what is it about singing, and listening to others sing, that makes it so significant? In this album, Sudokshina Chatterjee breaks down the unique Indian style, and explains the emotions and meaning behind the songs of her culture.

This album explores the tradition of the Cantastorie – the Italian Storyteller. Cantastorie Mauro Geraci explains the intricacies of the music, the paintings, the instruments and the drama of the performance.

This video looks at the history of jazz and how the story dates back as far as 1919, documenting how successive waves of black musicians have contributed to developing new and uniquely British sounds, as well as addressing the problematic issues surrounding race and cultural identity.