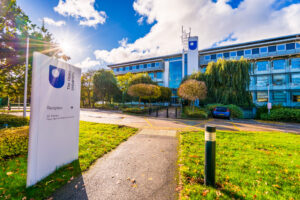 The OU has worked with DORA to publish a case study:

“In 2015 the UK’s Open University (OU) published “An Open Research University” a book outlining the outputs from a three-year project to create and implement an evidence-based strategy to embed the principles and practices of engagement with new processes for research assessment within the university. In keeping with the OU’s existing commitment to open research and knowledge exchange, the project aimed to steer their research culture toward recognizing and rewarding a broader range of contributions, specifically in “engaged research”. There were multiple examples of top-down/bottom-up cooperation to inform and promote the policies outlined in the report, such as the sponsorship of a working group to reform the university’s academic promotion criteria by the then Pro-Vice-Chancellor responsible for academic professional development. In 2020, the OU signed DORA and released a statement describing the university’s aim of creating a DORA Implementation Plan by 2021. These actions represent a continuation and codification of a growing institutional movement toward research assessment reform.”

Check out the full study here!