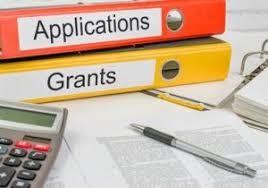 Professor Jean Hartley was asked to share some tips on gaining research funding, for an event organised by the British Academy of Management (BAM) on March 2nd and run online.  She commented on the different sources of funds for business and management researchers and how to decide which funder most closely matches a particular research interest.  Sessions from other researchers covered ideas for making the application, encouraging others, and submitting multi-disciplinary bids.

Jean’s session explored the sheer variety of funders which business and management researchers can try to access, from the very academic funders such as ESRC, EPSRC and AHRC; through large trusts and foundations (Wellcome, Leverhulme, Nuffield; Joseph Rowntree Foundation); European funding (still!); smaller charities; government departments; professional associations; and individual organizations, assessing the value and the drawbacks of each.  All funders are increasingly concerned about the impact of funded research.

In addition, Jean made the case for proactively approaching potential funders rather than waiting for open or theme calls.  This includes creating funding consortia.  She gave the example of the Centre for Policing Research and Learning, which has partnership funding from 22 police forces and agencies, each of which contribute a small amount of funding but which together create a substantial fund for research projects.  Such consortia funding have been used by academics in other universities in local government, health, financial services and knowledge and innovation.

Jean argued for detailed analysis of funder’s aims, objectives and values, using both written text and networks, to fully understand compatibility between the researcher’s aspirations for funding and what is available from funders.

The event by BAM is one of several career development sessions on research, on teaching and on impact.  BAM also runs the largest business and management conferences in the UK (in September) and it includes a healthy public management strand among its many specialisms.