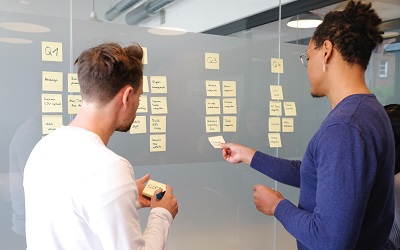 This blog is written by Dr Daniel Haslam and is a key output from CVSL’s Annual Conference. He discusses the Theory of Collaborative Advantage which was explored in one of the workshops at the conference. This session examined the benefits of collaboration but also the numerous challenges it brings with it, with the discussion enhanced by personal insights from delegates via interactive polls.

The word ‘collaboration’ is used in different ways in different situations. It can mean a structured approach to tackling a specific issue with defined goals, or it can be much more loosely defined to simply mean ‘working together’.

The Theory of Collaborative Advantage (TCA) states that the main incentive for any collaboration is that the people within it recognise that by working together they can achieve something that they could not achieve by working alone. However, it also suggests that collaboration is really hard, that is often fails, and that it should not be attempted unless absolutely necessary. For more information on TCA, you can watch this video of Professor Siv Vangen discussing the theory or, you can access a written introduction (request access by clicking the ‘request a copy’ link, this is free of charge).

Within the Covid context, we’ve seen examples that would fit different definitions of collaboration, but we’ve also seen many examples of groups and organisations ‘just getting on with things’ without waiting for others. We focussed on some of these in our Small Charity Week event in 2020.

With workshop 1 in 2021 we wanted to explore these different approaches, particularly in relation to one of the voluntary sector’s most important partners in collaboration – the public sector.

Quick Polls – increased collaboration or just ‘getting on with things’?

In our workshop ‘quick polls’ most people reported having been involved in collaborative working during the Covid pandemic and that this had increased compared to pre-Covid times.

In relation to ‘getting on with things’, our attendees were split 50/50, half having decided to work in this way and half having not. However, a large majority reported having done more of this sort of work during the Covid period. This leads to the question whether ‘just getting on with things’ was really a decision or not – organisations could have felt forced into it by the circumstances.

We also asked about exclusion from collaborative work and the majority of our respondents reported either having being excluded or not being sure. The majority also stated that there had been no improvement in their exclusion during the Covid period. If we consider the majority have been involved in more collaboration but without a corresponding improvement in feelings of exclusion there is certainly some complexity here to unpack.

The quick polls provided us with a starting point to move into some breakout groups in order to explore this complexity through the different experiences of our attendees over the Covid period.

We concentrated on four questions in our discussions. Below is a short summary of each:

Attendees spoke about commitments to support people in an integrated way across communities, all organisations being in the same position because of Covid, and different people/organisations having a ‘seat at the table’ for the first time – particularly thanks to digital ways of working.

Others thought having a common goal across organisations in relation to supporting people through Covid, and the removal of competition for funds through both scarcity and changing commissioner priorities towards genuine co-production was a great enabler. The flexibility of the sector was mentioned as an advantage also.

Importantly, a history of previous collaboration played a role with the good ones becoming better and the bad ones either surprising with improved behaviours or staying ‘grim’.

Unsurprisingly money and/or funding was mentioned several times. Alongside this, relationships with individuals were also seen as important.

The need to ‘fire fight’ immediate issues or challenges was seen as a particular preventative aspect, specifically within participants’ own organisations. The lack of time to meet all needs was also a challenge. Voluntary sector organisations were often too busy ‘getting on with delivery’ to look for or engage with opportunities to collaborate.

Communication or the lack thereof from local authorities was highlighted as an issue, as was the cultural difference between the voluntary and public sectors, both languages and bureaucratic processes.

What led to exclusion?

A decrease in people accessing services during Covid was referenced. Similarly, an initial spike in numbers followed by a subsequent fall as the crisis response settled was also a reason for exclusion. Challenges to official guidance and attitudes created tension – an example given was ‘Do Not Resuscitate’ practices.

A lack of existing relationships and not being known to the public sector meant some organisations were overlooked while others stated they simply weren’t asked to be involved even when there were previous relationships.

What changed during the Covid Period?

Online availability to meet and include different people has been a big change. Funding has been a mixed picture with some experiencing an increase while others have faced large reductions even though referrals from the public sector have increased dramatically. There were wider concerns about what this might mean in the future with further cuts.

Some felt voluntary sector organisations had pulled together and that this had led to stronger relationships within the sector.

Pressure to deliver to previous targets has reduced during the period which was noted as a positive.

There are certainly many areas that emerged in this workshop that merit consideration and research. At CVSL we will be using all of this information to inform our future work.

Many thanks to everyone who took part in the workshop and the wider conference. Keep a lookout for more CVSL events in future and sign up to join our newsletter.