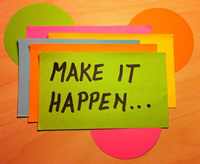 Our equality scheme 2022-2026 sets out how as an organisation we are committed to developing an inclusive university community.  Through our equality objectives we aim to eliminate unlawful discrimination, harassment and victimisation, to promote and advance equality of opportunity and to promote and foster good relations between people.

Each faculty and unit at The Open University produces an annual equality action plan that sets out their objectives for the next 12 months. Progressing these plans ensures that we comply with the Equality Act and demonstrates our ambition and commitment to equality and diversity.

This report evidences how The Open University (OU) and in particular The Open University in Scotland (OUiS) meets or exceeds its obligations under the Equality Act 2010 and meets the general and the specific duties set out in the requirements for the Public Sector Equality Duty (PSED), which came into force in 2011 (2012) in Scotland.