Georgina, Andrew, George William, Peter, Mimina and Eustratius, born between 1838 and 1854 were six children and young people with learning disabilities, living in Victorian England. Born at a time when there were new ideas on the education and treatment of people with disabilities, their lives however were very different depending on family finances and social class. Using a wide range of sources, the study follows their lives and that of their families.

It will take the audience on a journey, which includes benefits cuts, workhouses, public and private asylums, the new facilities being built for young people with learning disabilities and the wealthiest homes in London. Dickens’ portrayal of people with disabilities has stereotyped people and we need to discover true stories.

For some it was a lifetime of laundry work, for others being moved from one institution to another, and for some lucky ones, being waited on by an army of servants. It is important that we investigate the real lives of these young people to learn what provision was being made and how their families’ financial and social position played an important part in determining that provision. 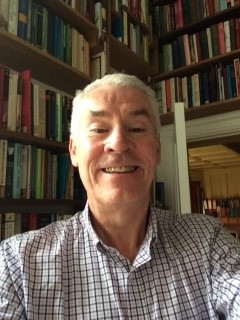 David S Stewart OBE DL is head teacher of Oak Field School (formerly Shepherd) in Nottingham, where he has taught for the last 36 years. He is director of the Nottingham Youth Theatre Inclusive Company, who have presented previously at the conference. A national speaker on SRE and pupils with SEN he has developed many resources with colleagues and students. He wrote the chapter on the history of special education in the 2015 Routledge Companion to Severe, Profound and Multiple Learning Difficulties. A graduate in mediaeval history he is an honorary doctor of the University of Nottingham and a Deputy Lieutenant of Nottinghamshire.