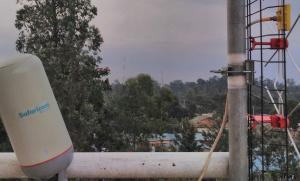 Measures to control the current pandemic impact more heavily on everyone whose access to internet and digital technologies is limited. But in some countries, the impact can be particularly devastating, says Anna Colom.

The COVID-19 pandemic has shed light on the inequalities in access to the internet and digital technologies across the globe. It has also been a timely reminder of the stark inequalities in internet access among youth that I observed as part of my research in Western Kenya. Whilst global statistics on access to the internet have increased annually – according to the ITU, the number of internet users has grown 10% every year on average globally since 2005 – the digital gap persists across class, gender, age, location and other oppressive divides. The measures taken to control the pandemic are not only making these inequalities more visible but they are amplifying the threat of the digital divide on people’s basic livelihoods.

Digital inequalities are a problem across the globe. In the UK, for example, Dr Becky Faith’s research showed how intermittent access to mobile phones and internet among low-income women affected their work, health, education and housing. But those in the margins are easily forgotten, and it has required a pandemic for the issue to resurface again in the mainstream. The closure of schools and offices to control the COVID-19 pandemic has reminded wealthier countries of the disadvantage experienced by many who have been expected to access school resources and work online from home, taking for granted access to a computer and a stable internet connection.

In countries with large informal economies like Kenya the impact of the measures to control the pandemic is particularly devastating as Dr. Njeri Kinyanjui points out. This is amplified by the digital divide which has challenged not only the education system, following the closure of schools and universities, but also people’s livelihoods. Some key influencers in the country have asked on Twitter for Wi-Fi and data bundle costs to be reduced as people are asked to stay at home. Yet, for many of the young people I met during my research, Wi-Fi was unthinkable, and data already bought in amounts as small as 20 shillings before the pandemic. Kenya is an ICT Hub, known as the Silicon Savannah for its innovations in technology, but is not immune to the digital divide.

My research in Western Kenya explores how inequalities in internet use and access, particularly WhatsApp use, mediate young people’s aspirations and political activism. Yet, it shows that WhatsApp is key not only to access important conversations and networks for civic and political engagement, but also essential for accessing jobs, trade and other business opportunities. Official smartphone and internet penetration statistics for youth are not only lower among rural populations and women but they also hide intermittent and interrupted access. According to the Kenya 2019 Census, on average across the country 44.4% of those aged 25 to 34 had used the Internet in the last three months but in Busia county, where this research took place, this percentage goes down to 32%.

Some of the young activists I spoke with owned a smartphone but they had been offline for months after it broke and they could not afford to repair it. Others, tired of missing out, invested their savings in a smartphone but could only afford occasional and small data bundles. This made it hard for them to sustain their livelihoods which in turn made it also harder to stay online. As a young participant from the Western county of Busia said to me: 'you use money to get money', referring to the need to spend money on data bundles to continue making a daily income. Others had a local ICT centre without electricity or lived in areas with no network. Some young women could only connect occasionally using their partner’s smartphone, which not only compromised immediate access but added the burden of negotiating power relations.

As more conversations, meetings, business deals, job vacancies move online and in multiple and more distanced spaces, opportunities get closer for those with access to a stable online connection, but further for those on the other side of the digital gap. These are also those already in disadvantage because of intersecting divides related to their class, age, gender or where they live. This is a structural problem that requires serious investment in infrastructure as well as more inclusive communication strategies by governments and organisations to ensure information and opportunities are for everyone, not a few.

The COVID-19 pandemic has directed attention to this divide. In Kenya, and across the globe, it would be a mistake for governments not to address these inequalities, during and, especially, after the virus.

Anna Colom is a PhD student in the Department of Politics and International Studies at The Open University. Her research explores the role of WhatsApp in mediating the citizenship capabilities of young people in Western Kenya.

Acknowledgements: The author is grateful to Siasa Place for the access to their networks and to the young people who took part in the research.