The Oxfam Case: Why are we so outraged? 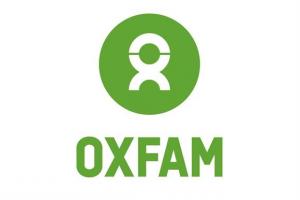 The last thing I want is to be an apologist for badly behaved people exploiting others. But I have to admit I’m surprised that the Oxfam case is continuing to evoke such a dramatic reaction from both the media and the public. That this kind of behaviour is wrong, is undeniable. However, – and again, without wishing to excuse it in any way – it happens all the time. Anyone who has ever worked in the development and humanitarian sector, or who simply teaches about the sector, knows how extensive it is. In short, such behaviour happens just about everywhere. And that includes within the corporate sector as well as the UN. As ex-International Development Secretary Andrew Mitchell noted recently in a BBC interview, that he had a problem recalling the Oxfam specific case, although he did recall that these cases happened frequently. Indeed, it’s happened so often with UN peacekeeping forces, for example, that a colleague and I were asked to write a course that could be used during Blue Helmets’ training to outline how and why things were going wrong and to try to prevent it.

Yet it is Oxfam that continues to make the headlines after more than a week with little sign that the outrage is dying down. And despite the fact that these ‘indiscretions’ don’t just happen within the humanitarian and international development sector. As we have seen all too clearly with the ‘Me too’ movement, they happen anywhere that men are in positions of power and where inequalities exist. But the Oxfam case does serve to bring up key issues about how such behaviour plays out within its specific field.

There are potentially many reasons why the Oxfam case is grabbing the public’s attention in the way that it is.  One possible explanation is that international NGOs such as Oxfam are value-driven organisations that operate in moral spaces. I contribute financially to Oxfam because they ‘do good’. They also possess a moral authority and are leaders in the international development field. Although, as we have seen, this comes at a price: they have higher heights from which to fall from grace and sector-wide (and appalling) behaviour will evoke formidable moral outrage.

The second reason why the name ‘Oxfam’ has become synonymous with ‘indiscretions’ over the last weeks is because international NGOs are not good at publicising their failures. And the main reason neither individual NGOs nor the sector as a whole are good at talking about their failures is because any failure can be catastrophic to their business model. Oxfam UK, for example, only gets a percentage of its income from government funding; the majority of its income comes from individuals, like myself, who give monthly donations or donations around a large crisis or emergency appeals. It is this that makes these organisations so vulnerable to bad publicity. The catastrophic effect it can have on their ability to operate is what leads to the impulse to try to make bad things ‘go away’.

Finally, I would argue, the Oxfam outrage is a result of collective denial. In the words of what Stanley Cohen in States of Denial, his classic study of both the personal and political ways in which uncomfortable realities are avoided and evaded through what he calls ‘knowing and not knowing’. Cohen argues that denial can exist at many levels: the individual, the organisational or the societal. Many individuals within the sector, then, weren’t surprised by revelations of the behaviour of the small number of people working with Oxfam. While this isn’t to say that everyone who’s an aid or development worker engages in such behaviour, the fact that these things happen in the field is a badly kept secret. In other words, many people both knew and didn’t know. Within the development sector as a whole, these states of denial are evident in the many interviews with both Oxfam and non-Oxfam staff who claim that they didn’t know what was going on. Despite Oxfam notifying both the Charity Commission and DFID, still ‘no one knew’.

I would argue that our – the public – being so morally outraged by the Oxfam case (as well as by all the other revelations emanating from the creative industry sector, and even from within my own sector, academia) is a further illustration of this collective sense of denial. We know, but we don’t know. The good thing about denial, however, is that once we do ‘know’, it becomes difficult to return to ‘not knowing’.

The Oxfam case, as shocking as it is, will blow over. I hope that Oxfam will survive and that they will continue with their critical – and, in my view, more shocking – recent work around the injustice of inequality. (See, for example, their announcement at Davos last month that 82% of the new wealth created around the world has gone to the richest 1%, while exactly 0% has gone to the poorest 50%.) And now that we ‘know’ about these sexual ‘indiscretions’, perhaps we can focus our moral outrage on what causes (and allows) such outrageous behaviour to happen.  And also on the outrageous statistic around global inequality!