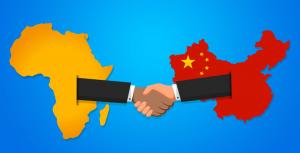 Cutting-edge research into China’s growing influence in Africa has been translated into a free, online course.

Called Rising China and Africa's development: oil, the course has launched on The Open University’s OpenLearn platform, where it can be studied in its own right, or as an introduction to delve further into international development and geopolitical issues.

China’s expansion into Africa in pursuit of natural resources is bringing increasing wealth and infrastructure investment to African countries, but how much will this translate into broader development that will benefit wider society, in particular the poorest?

And while China represents its African engagement as a ‘win-win’ situation of co-operation between developing countries, others view it as a new phase of exploitative neo-colonialism.

These are key questions framing the major three-year research project explored in the course, which focuses on China’s energy and investment strategies and the different ways these have played out in three oil-producing countries – Ghana, Nigeria and Sudan.

The course is aimed at anyone curious about African development, China’s role on the global stage, or the geopolitics of natural resources and the environment.

Lead researcher on the recently completed research project on which the course is based is Professor Giles Mohan, Director of the OU’s International Development and Inclusive Innovation strategic research area.

He said the research challenges some widespread assumptions about China, and highlights the way African countries play an active role in shaping the impacts of Chinese engagement.

“The dominant narrative in the west is that China is not to be trusted – even though they are now a massive investor around the world – but we give a more balanced view of what China is doing and its impacts.

“The way China engages internationally is not all bad, or all good; a lot depends on the quality of the institutions in the host country.”

He added: “Big donor organisations have tried to get African countries to adopt the ‘Norwegian model’ of managing its oil wealth, but what works in Norway won’t necessarily work in another country where the political settlement is different.

“You have to have a realistic understanding of a country’s political system and which parts of it work best – what we call ‘pockets of effectiveness’ – and design institutions around these.”

The research project Chinese National Oil Companies and the Economic Development of African Oil Producers was led by The Open University and the University of Dundee’s Centre for Energy, Petroleum and Mineral Law and Policy, and funded by the UK’s Economic and Social Research Council and Department for International Development.