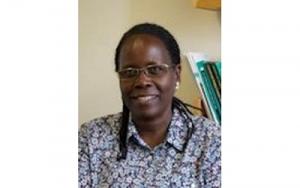 We are sad to announce that Dr Paula Tibandebage, a long-standing and much-valued research collaborator, colleague, Visiting Research Fellow in Economics at the OU, and friend of many OU colleagues, has died in Dar es Salaam, Tanzania.

Paula was an outstanding Tanzanian scholar, social researcher and writer, with an international reputation and considerable policy impact.  Her Open University colleagues have gained enormously from her long term collaboration. Paula jointly conceived and developed, with Professor Maureen Mackintosh and other OU colleagues, a series of research projects in the broad area of health. Initially, from 1998, she collaborated with us on research on the commercialisation process in Tanzanian health care, building on her own early work. The research included a joint project on the challenges of managing and regulating mixed public/private health systems such as that emerging in Tanzania and many other African countries in the 1990s; and an UNRISD-supported programme of research on health care commercialisation. Paula had a strong commitment to improving maternal care, and she led as Principal Investigator a ground-breaking project funded by the Wellcome Trust on “Ethics, payments and maternal survival” in Tanzania, on which we collaborated, and published joint writing on gender and health care.  Paula then went on to lead Tanzania collaborative research, with UK and Kenyan colleagues, on the role of local industrial production in strengthening health systems in East Africa.

Paula’s outstanding analytical and field research skills, and her effectiveness in presenting research findings in a form to generate policy influence, were thus central to the development of a whole strand of the OU’s collaborative research and research standing in her field, and the associated funding. Economics and Development Policy and Practice colleagues are currently building on that track record again, in an ongoing project on which she advised, on access to cancer care in East Africa. In 2017 Paula and Maureen Mackintosh looked back at some of their joint work in a piece commissioned by Smita Srinivas called “Starting from here: Challenges in planning for better health care in Tanzania”.

Paula’s father, Andrew Tibandebage, was a teacher who later served as a Tanzanian ambassador, including in Paris and Bonn. Paula studied Political Science at Dar es Salaam University, and then undertook a Masters’ degree in Seattle, and a doctorate in Political Economy at the University of Texas. In the 1990s, she was one of a small group of Tanzanian intellectuals who built the Economic and Social Research Foundation (ESRF), a pioneering independent Tanzanian public/private think tank under the leadership of Professor Samuel Wangwe. Paula’s research leadership developed a programme of innovative ESRF work on social sectors, notably health and education. Paula also had a commitment to research on gender equality. She later moved to a second Tanzanian research institute, REPOA, with a strong policy orientation, before returning to ESRF as a Principal Research Associate. Paula also put energy into public policy roles: she was a member of the Ifakara Health Institute (IHI) Board of Trustees, and her work contributed to improving social security, notably the TASAF fund to support poor households, and pension funds. Her strongest commitments included improving health care access and quality, with particular reference to maternal health. Her too-early death at 65 is a great loss to Tanzania, and to her family and friends including those in The Open University.