Study of how China and Pakistan negotiate ‘offers important lessons’ 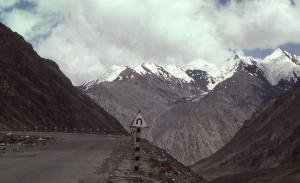 China’s Belt and Road Initiative – the Chinese government’s massive global infrastructure strategy to boost trade links between China and the rest of the world – is widely viewed as one of the most significant and consequential developments of our time, comparable to the US post-war Marshall Plan.

The China-Pakistan Economic Corridor (CPEC) is seen as the BRI’s centrepiece, and has been closely watched by those seeking to better understand China’s aims and methods.

Now a detailed study of CPEC – in which China has invested at least US$25 billion USD to date – reveals that far from merely imposing its will, China has repeatedly adapted its plans to accommodate the needs of Pakistan’s political leaders.

The study is the first to examine in detail the mechanics of how the CPEC development is unfolding on the ground, and is based on interviews with Pakistani officials as well as official reports, statements and newspaper articles.

Published by the Carnegie Endowment for International Peace, it is co-authored by Professor Katharine Adeney from the University of Nottingham, and The Open University’s Dr Filippo Boni.

“There is often an impression that the BRI happens with China parachuting its projects and plans into recipient countries that have very little say over how things happen on the ground,” said Dr Boni in an interview with Radio Free Europe/Gandhara.

“What we observed in Pakistan is that it’s much more complicated and the agenda and priorities of the recipient countries have huge sway over how things unfold.”

However, although Pakistan has been able to shape CPEC, the study also highlights how the development has not fulfilled its original promise of benefiting local communities and creating skilled employment.

It blames lack of transparency and consultation, and concludes that the examination of Pakistan’s experience ‘offers important lessons’ for other BRI recipient countries in their negotiations with China.

How China and Pakistan Negotiate is part of a project to generate innovative policy ideas which could enable local players to better channel Chinese energies to support their societies and economies, provide lessons for Western engagement around the world, help China’s own policy community learn from the diversity of Chinese experience and potentially reduce frictions.

Dr Filippo Boni is a lecturer in politics and international studies at The Open University and a research fellow in the European Research Council–funded project REDEFINE. He is the author of Sino-Pakistani Relations. Politics, Military and Regional Dynamics (Routledge 2019).