Towards a Critical Research Agenda for Development Economics 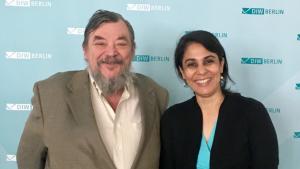 Held at Berlin’s Institute for International Political Economy, the symposium investigated in what ways heterodox perspectives can contribute to a research agenda for development economics that is critical, interdisciplinary, and sensitive to power issues and global inequalities.

The potentials and shortcomings of current practices to address poverty and inequalities were discussed, with a particular focus on behavioural and institutional approaches. Areas of debate included the one-sidedness of analysis so far – since policy advice focuses on importing the ‘right’ set of institutions to developing countries – of the relationship between economic development and institutions.

The importance of reintroducing structuralist perspectives into economic discussion was also raised as, in a globalised world, it's simply not possible for nation states to design their institutions in independence.

On the behavioural front, an increasing number of economists have applied insights gained from the field of psychology as part of their efforts to develop approaches that offer a better explanation of why poverty and inequality continue to persist in so many societies.

However, although as a result of this, ideas of ‘soft’ development policies and ‘nudges’ have gained in importance, discussion about the potentials and drawbacks of such approaches remains heated. The strong focus on micro-level interactions and incentives, for example, inhibits the inclusion of macroeconomic or institutional dynamics into analysis, while social experiments have, since their very beginning, been conducted by richer persons on the poor.

In her address, Re-framing the Economics of Innovation: Cognitive and Structural Elements in Developing Economies, Professor Srinivas emphasised the importance of connecting cognitive and structural views with institutional approaches. In addition, she highlighted the opportunities the economics of innovation – studying development processes at different scales, with close attention to the dynamics of technological change – provides for moving development economics forward.