Why switching aid to defence may not increase UK security 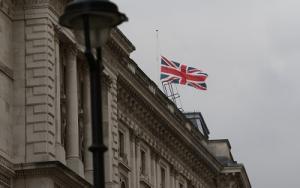 In the last few hours, Rishi Sunak has announced the UK will slash its overseas aid budget from 0.7% to 0.5% of gross national income, a reduction in international aid totalling around £3bn. This announcement comes after Prime Minister Boris Johnson's commitment to increase defence spending by £16bn. In response, Alan Shipman, a Senior Lecturer in Economics in the Faculty of Arts and Social Sciences at The Open University, discusses why switching aid to defence may not increase UK security.

The UK is cutting almost £3bn from its aid budget while assigning over £16bn more to defence, signalling a reversal of priorities since the end of the Cold War. Under pressure to align remaining aid more closely with its foreign policy interests, and hit the NATO defence-spend target (2% of national income), Boris Johnson has allowed the widely-praised Department for International Development (DfID) to be re-absorbed into the Foreign and Commonwealth Office.

To understand why many economists and defence strategists are critical of this redirection, it’s worth reviewing where the UK currently stands among aid-giving countries, and who it stands alongside.

The table below shows the ‘top ten’ donor countries in 2019, as logged by the Organisation for Economic Cooperation and Development (OECD), and a similar defence-budget ranking by the Stockholm International Peace Research Institute (SIPRI).

Because of its longstanding commitment to the UN target of spending at least 0.7% of GDP on international aid, the UK is among the biggest donors in absolute, US dollar terms – behind only the US and Germany, and ahead of Japan and France.

Until its change of course, Britain exceeded Germany and the US in the proportion of gross national income (GNI) it channels into aid. But its generosity is well beaten by four smaller European countries – with Luxembourg, Norway and Sweden giving 1% or more of national income in overseas aid.

For Germany, Japan and small North European countries (including Switzerland), aid has been important for rebuilding global influence when military spending is kept low for economic or historic reasons. Their prosperity depends on staying connected to global markets for goods, services, capital and knowledge. Shorn of empires in which ‘trade follows the flag’, they found charity an equally good route to sustaining and expanding commercial ties.

The argument that well-targeted assistance turns today’s ‘underdevelopment’ into tomorrow’s emerging market was made forty years ago by the Brandt Commission chaired by a former German Chancellor. It is reinforced by the growing realisation that high-income economies are battling deficient demand, while the rest face poverty and emigration due to lack of basic supplies.

The US, with the largest national economy (compared at current exchange rates), can remain the world’s biggest donor despite foreign aid absorbing only 0.01% of its GNI, against the 3.4% it assigns to defence. But America remains alert to the importance of aid as a component of ‘soft power’, winning other countries’ respect and allegiance by humanitarian contributions and values rather than ballistic missiles or bribes. Its realisation has been sharpened by evidence that China – not yet captured in OECD statistics – has been stepping up its aid contributions as fast as its military subventions, and using them to build markets and production bases in parts of Africa and Asia where western multinationals (and diplomats) never comfortably trod.

‘Soft’ interventions grew more powerful after old east-west military divisions dissolved in the revolutions of 1989. The Cold War’s already ‘baroque’ arsenals have, at the same time, been rendered even more discordant by new forms of unconventional and guerrilla war. Covid-19, the ensuing recession and uninterrupted global warming are bleak reminders that disease, destitution and desertification may now be the biggest existential threats, while still being fought with smaller budgets than those devoted to old-style war.

US ‘official’ development aid is also supplemented by sizeable private donations from philanthropic development initiatives – ranging from Facebook’s and Google’s nonprofit drives to get the poorest regions online to the Gates Foundation’s global health initiatives. Such ‘philanthrocapitalism’ have been attacked for subordinating public to elite private interests, and often improving donors’ reputation much more obviously than recipients’ condition. But its effectiveness, confirmed by Dolly Parton showing up among the seekers of a coronavirus vaccine, highlights the importance of government-funded aid for countries without such battalions of benevolent billionaires.

The UK has, until now, been the only country in the Top 5 for both its absolute and relative aid allocations. When other sources of soft power – from the BBC to higher education – are also at risk from lessened government commitment, its economy and security could both be diminished by a further shift from aid to defence.