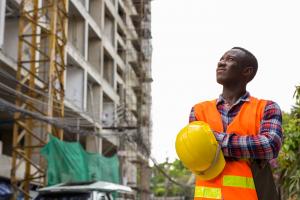 Infrastructure demands are key to inclusive development. So how do we ensure no-one is excluded?

Growing out of earlier work on the Rising Powers, Infrastructures for Inclusion focuses on Africa, emerging powers within the G20, and Europe. Starting with modelling, it combines concerns with the infrastructure itself (what? where? how?) and the political, economic and social relations that enable or constrain it before, finally, tracking its impacts.

Re-orienting development: the dynamics and effects of Chinese infrastructure investment in Europe (REDEFINE)

REDEFINE is a 5-year, €2.5 million project funded by the European Research Council starting in November 2020. It will examine what China’s rise means for how we understand global development and, specifically, Europe’s place in it.

This project investigates the policy, financial, industrial and social factors that drive or deter Chinese investment in wind and solar projects in sub-Saharan Africa, using a comparative case study approach in Ethiopia and South Africa.

Interaction between China’s oil interests and African state and non-state actors is explored in Ghana, Angola and Sudan to assess whether policies can help maximise the benefits to Africa’s development.

China as the New 'Shaper' of Global Development

The pace and significance of China's rise has implications for both traditional and emerging powers, as well as for developing countries.

The Politics of Chinese Engagement with African Development: Case Studies of Angola and Ghana