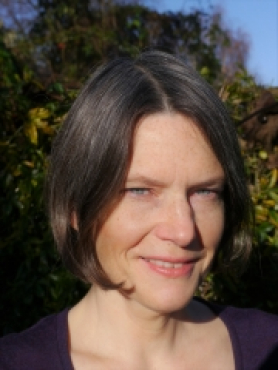 I am an Associate Lecturer in the Department of English and I have been teaching at the Open University since 2006 at undergraduate and postgraduate level. I hold an MA in Commonwealth Literature from Leeds and a PhD from SOAS, University of London. I am also an Honorary Associate at the Open University and a member of the Postcolonial and Global Literatures Research Group. I am a council member of the British Association of South Asian Studies.

My interests are principally in South Asian literature and postcolonial literature, from 1880 to the present. In my research I have focussed on the literary representation of land and agrarian relations and its relationship to political and economic contexts. I am currently developing my interest in relating this to the representation of the environment. I have also written on Kipling and his use of Hindi in Kim.

'Organised Peasant Resistance in Fiction: Mulk Raj Anand’s The Sword and the Sickle and Neel Mukherjee’s The Lives of Others', in ‘Who Speaks for the Village?’ Seventh SAMAJ-EASAS 21, 2019).

‘The use of Hindi/Hindustani and Urdu words in Kim’ in Kipling in India: India in Kipling, ed. by H. Trivedi and J. Montefiore (Indian Institute Advanced Studies, forthcoming).

Review of Meeting without knowing it: Kipling and Yeats at the Fin de Siecle by Alexander Bubb (Oxford University Press, 2016), The Kipling Journal, 91, (2017).

A Reader’s Guide to A Suitable Boy, New York and London: Continuum Books, 2002.

‘“Tods Amendment”, the Native-born Child, and Debates Over Tenancy Legislation’ at the Kipling in the News, Journalism, Empire and Decolonisation, City University 9-10th September, 2021

‘The Despair of the Landless in Neel Mukherjee’s The Lives of Others and Akash Mohimen’s Mahua’ September 2017, Postcolonial Studies Association Convention, School of Advanced Study, London.

‘The use of Hindi/Hindustani and Urdu words in Kim’ ‘Kipling in India: India in Kipling: an International Conference’, April 2016, Indian Institute of Advanced Study, Shimla, India.

I have taken an active role in interdisciplinary staff development events around decolonising the curriculum. I was one of the team on a Faculty of Arts and Social Sciences (FASS) scholarship project on 'Proscibed Fictions: The place of Colonialist and/or Racist Literature in Curriculum Decolonisation'.

As Deputy Chair of the Kipling Society, I helped to create resources on Kipling and Empire for the Society's website. I also took a lead role in creating and running a writing competition for year 5 primary school children http://www.kiplingsociety.co.uk/schools.