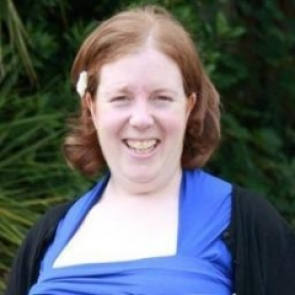 Catherine Tackley (née Parsonage) joined the OU as Lecturer in Music in July 2008, was appointed Senior Lecturer in February 2011 and Professor in April 2016. She read music at the University of York and then worked as a secondary school music teacher in Newcastle-upon-Tyne and London, studying for the PGCE with the OU. During this time, she also worked and performed with the National Youth Music Theatre and was a founder member of Payback, one of London’s leading function bands. She completed her PhD on early jazz in Britain at City University, London in 2002. Catherine held various posts at Leeds College of Music between 2001-2008, culminating in two years as Head of the Centre for Jazz Studies UK with responsibility for a portfolio of collaborative research and artistic projects, as well as teaching in the areas of critical musicology, popular music and jazz on undergraduate and postgraduate courses. At the OU, Catherine is currently Head of the Music Department, following several years as Director of Research for Music. She has previously been Interim Associate Dean (Research) in the Faculty of Arts.

Catherine’s research interests include historical and critical musicology with particular reference to jazz and popular music, early and European jazz, recording, jazz influenced music, and performance practice. Her recent monograph on Benny Goodman’s Famous 1938 Carnegie Hall Jazz Concert (Oxford University Press, 2012) was supported by an American Musicological Society Publication Subvention award and won Jazz Publication of the Year in the 2013 All-Party Parliamentary Jazz Appreciation Group awards. Her first book The Evolution of Jazz in Britain 1880-1935 (Ashgate, 2005), was hailed as ‘the definitive history of jazz in Britain’ by Professor Krin Gabbard and Digby Fairweather commented that ‘very few jazz books anywhere can surpass this one for excellence’. In 2006-7 Catherine was Visiting Edison Fellow at the British Library National Sound Archive, researching the performance history of Gershwin’s Rhapsody in Blue. Catherine was co-investigator on the AHRC-funded project ‘What is Black British Jazz?’ in 2009-11 where she developed particular interests in in jazz and dance, jazz in Cardiff and West Indian musicians. Some of this work is published by Ashgate in a volume entitled Black British Jazz: Routes, Ownership and Performance (2014) which Catherine also co-edited. From 2012 to 2014 she was Principal Investigator of the AHRC Research Networking project ‘Atlantic Sounds: Ships and Sailortowns’ and continues to develop work on music and the sea, with particular reference to Britain and the Atlantic.

See Open Research Online for details of Catherine Tackley’s research publications. Please note that publications and papers were given under the name Catherine Parsonage prior to 2009.

Catherine was module team chair and author of several units for A224 ‘Inside Music’. She has written units on performance, audiences and recording for the Department’s level 3 module A342 'Central Questions in the Study of Music' and on jazz research for the new MA in Music. She is the supervisor of PhD students in the areas of music history, performance practice and jazz and improvised music and welcomes enquiries from prospective doctoral students with interests in these areas.

Catherine is recognised internationally as an expert on British jazz, contributing chapters on this subject to major publication projects on the history of jazz in the European Union and women in European jazz funded by UNESCO. She has also been interviewed for several BBC television documentaries, acted as an advisor for TV period drama and is heard regularly on BBC Radio 3 and 4. Catherine is a regular pre-concert speaker at the Leeds International Concert Series and at some of the UK's pre-eminent jazz festivals.

Catherine is a co-editor of the Jazz Research Journal (Equinox), a member of the editorial board of Studies in Musical Theatre (Interim Publications) and has served as a specialist reviewer for several journals and publishing companies. She is a member of the AHRC Peer Review College. Catherine is currently Jazz Representative on the Council of Making Music (supporting and championing voluntary music) and a member of the Jazz Education Advisory Panel for Jazz Services Ltd. Catherine is active as a conductor and instrumentalist in both classical and popular styles. She is currently Musical Director of Dr Jazz and the Cheshire Cats Big Band.