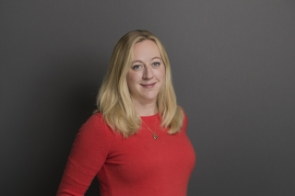 Sarah joined the Policing Organisation and Practice Team as a Lecturer in August 2019. She is part of the team designing and delivering the new Police Constable Degree Apprenticeship (PCDA) for new police officers, as well as contributing to the overall development of programmes under the Police Education Qualifications Framework (PEQF).

Sarah has worked as a detective in both the Metropolitan Police and Sussex Police. During this time she worked for Operation Trident, as well as on a pilot project designed to monitor and disrupt those designated as high-level organised criminals. Within Sussex Police she specialised in rape and child abuse investigations. Research conducted whilst in the Met police contributed to her PhD thesis on organsied crime, which in 2018 received the Open University Social Science prize.

Her experience as an investigator and researcher within different police forces, has contributed to a wide variety of research interests within policing, particularly around organised crime, detective culture and safeguarding investigations.

- The law enforcement response to organised crime; how subjects are defined and policed as well as the impact of 'disruption' measures.

- Detective culture within policing organisations and the impact of this on the 'direct entry' Detective scheme.

Organized Crime: An Ethnographic study of the monitoring and disrupting of those designated as high-level ‘organized criminals’ within the Metropolitan Police (2017-11-15)
Hutton, Sarah K
PhD thesis The Open University