The actions of backwards contamination in light of COVID-19 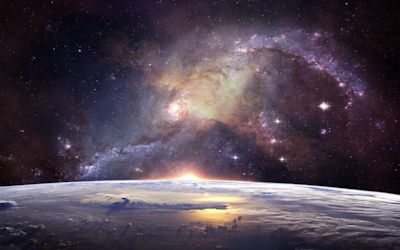 COVID-19 (Coronavirus) has shaken the global economy, industry, governance and the lives of billions around the planet. For months each State has controlled its sovereign territory intending to stop a future spread of the virus and limit the death toll. But could something like COVID happen again from an industry with little regulation?

In this blog, I aim to consider an old question of backwards contamination through a possible new governance aspect. Can humanity place protection over profit? Or does capitalism reign supreme to which we reap what we sow?

The economic devastation and debilitation effects COVID has placed the world in a static event for the past three months. It has resulted in more than economic despair, but uncertainty in all areas of industry, governance and international relations. While living through such a scenario, the realistic approach to something being brought back from space raises ethical, moral and legal questions, which the blog will attempt to consider.

We start wtih the Outer Space Treaty 1967 (OST), which states in article IX: "State parties to the Treaty shall pursue studies of outer space, including the Moon and other celestial bodies, and conduct exploration of them so as to avoid their harmful contamination and also adverse changes in the environment of the Earth resulting from the introduction of exterritorial matter and, where necessary, shall adopt appropriate measures for this purpose”. Should such a broad concept pixelate objects to which are brought back from outer space, the concept of contamination raises questions of science, law and theory to should humanity not carry out extraterritorial endeavours to which the Earth may be put in harm”.

Article IX presents the ultimate barrier for the protection of Earth while limiting space sciences and actors from activities such as mining and potentially causing harm to the Earth. But such a notion of ‘harm’ and ‘appropriate’ raises issues, to which the OST fails to dissect. The OST was created in a time that did not consider a global pandemic or to which science, private actors and technology act under the governance of a State of registration/ launching. The law provides a basis for space activities, in which governance, politics and science must create a more advance regime while adhering to the OST. The question remains: What contributes to potentially harmful? Is the advancement of an artificial ecological bacteria that destroys a correct bacterium classed as harmful, or is an advancement in humanities inherent right on Earth?

Science already tells us that bacteria such as bacillus and synechocysits can survive the process of clean rooms and sterilization mechanisms from Earth into outer space. But what considerations have been concluded if one of these organisms came back to Earth has a hybrid species?  What is such a hybrid omitting an advancement for the betterment of humanity, and causes a global pandemic to which it destroys crops, poisons waters and kills other essential bacteria which the current ecology relies upon?  Moreover, is this backwards contamination? Bringing back a microbe that has come from Earth, in effect, is bringing something home. To answer this question, we would have to consider humanities actions to date. Sterilisation of objects brought back to Earth go through a rigorous procedure and bombarded with all known types of sterilisation processes. A future article will discuss this view as to whether science should adopt a staging post for such backwards missions and how this may bring around the level of cooperation needed to conform to agreed-upon space governance in the future.

The 2020 outbreak has shown that humanity has failed to listen to warnings and prepare for such a pandemic. To further this ‘lessons learnt process’, humanity must consider the likes of space and the current laws that protect the Earth from a possible harmful outbreak. Article IX of the OST firmly considered and acknowledges the due regards that States must have to minimise the effects of harmful contaminants from other celestial bodies. The difficulty comes when defining 'appropriate' and ‘harmful’. As a lawyer, any contamination that comes from space, if not handled appropriately, can affect humanity in such a way as COVID did. This may not be a virus, but the likes of hybrid tardigrades or other microbes which sterilization fails to destroy and has adapted to the space environment. The consideration was the primary consideration of article IX and the future of humanity based in space, must advance the actions of the sterilization process in future missions. The proliferation of backwards contamination, and when does science becomes impossible due to sterilisation measures, must be concluded as to a cost-benefit analysis. Sterile samples and non-sterile samples present different issues through the process of science and law.

An object that is brought back from space cannot be appropriated or owned by a single body or State. Article II of the (OST) states "Outer space, including the moon and other celestial bodies, is not subject to national appropriation by claim of sovereignty, by means of use or occupation, or by any other means". But this has clearly happened by States bringing back lunar objects without objection. One might argue that the more something is brought back to Earth, the less desirable it becomes. Or it may be considered that as most of these missions were joint, a level of knowledge transfer was agreed under a common heritage principle to omit article II. But it must be considered that by carrying out scientific investigations on such an object, a certain level of legal ownership and appropriation of an object is accepted physically and for an indefinite amount of time. Therefore, Article II of the OST can only apply to where a common purpose is not agreed and where knowledge transfer is not accessible. Non-sterile objects present more than just a biohazard issue. If we consider this to be a piece of criminal evidence and form a chain of custody, then such a system must be appropriate. The route of transit, tracing of contacts, locations of possible contamination until the sterilization process must be considered a necessary measure to avoid backwards contamination. If a non-sterile object can be classed as harmful in many respects, does this mean that science cannot be carried out because of the harmful effects it may have on Earth? Or does humanity need to consider a forwarding station where biohazards do not threaten the population? The need for an adequate sterilization and safety procedure should be regarded as a criteria in any event. Habitable and possible questions are therefore overtaken by theory, and without an instant of backwards contamination, the law will not retrospectively act.

These questions raise more questions than answers. The reality is that should a contaminant be realised into the population, the side effects on public life, the economy and the Earth will follow the likes of COVID-19. A distinction between applicable science, governance and laws seems to be hinging on an international treaty not applicable for science to bring objects back to Earth. Such a blanket statement of article IX hinders science and technology in the modern age. The rise of private actors raises further questions, along with parah and far-right States, who see profit over safety.

The creation of the term backwards contamination can only be described by whether it can potentially harm Earth under the OST. Moreover, is it harmful to introduce a microbe into the Earths current ecological system that will enhance it? What if we could reverse climate change, and omit a microbe that could minimise the CO2 released into the atmosphere? These ethical questions must be answered as to what constitutes the betterment of the Earth. The creation of an artificially enhanced species while destroying a current Earth-bound organism, raises ethical and moral questions to which the law cannot answer. Such ethical issues are new in space advancement. Although science presents us with the likes of gene therapy and genetically modified crops, the concern is whether the notion of ‘harmful’ is a term that restricts the enhancement of the current Earth structure and allows new better scientific improvements.

But if backwards contamination is too risky, as the model of COVID suggests, a focus on governance and international agreements must first be considered. Ineffective political structures, a lack of effective governance, scientific and political uncertainty, has created a boundary where real science is restricted to carry out procedures for the betterment of humanity. A prime example of this is genetically modified crops and food substitutes that could potentially feed the population of the planet, effectivity ending world hunger. The question, which must be asked is whether we are restricted to a laboratory setting, writing papers and shown what could be? Or does space provide science with the opportunity to expand these ideas of ecological modification by using space as a conduit for future advancement?

A Moon base or a spaceport, however, science fiction discusses such a region, maybe the future of science. The governance of such a facility can already be found in the agreements of the International Space Station Intergovernmental Agreement, the OST and the Declaration on International Co-operation in the Exploration and Use of Outer Space (UNGA resolution 51/122) to promote a basis that that may form a potential scientific. Thus, the formation and science and law could create a forward-thinking adaptive governance regime to where the future of backwards samples are explored extra-terrestrial and then delivered to Earth once all the scientific investigations are carried out.

Such a scenario would allow science to be afforded unprecedented access to sample returns without the need for such stringent sterilization process. The origin of life in the Solar System has presented humanity with a unique aspect for investigation, discovery and exploration to which International law cannot restrict science due to uncertainty. COVID has shown the world that we cannot merely stand back and act as individuals, and the need to act as one international community must be a renewed goal of the United Nations. With progression, comes regression and to allow science to investigate space without a wasted concept of sterilization would mean a possibility of more significant and more considerable advancement. This is not to say that science is not already working in synergy around the world. The idea of a spaceport or base would allow for a more autonomous working regime in space in which science can take risks not permitted on Earth. This would promote a certain degree of certainty and autonomy to investigate areas restricted in international law and surrounded by geopolitics on Earth. Investigations can be agreed to be relaxed outside the remit of international law and controlled by self-regulation and space governance.

For more on this subject, please follow me at: