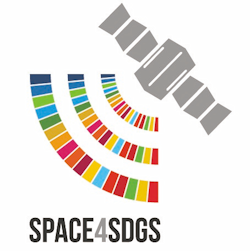 Formed in global collaboration and agreed upon by 193 of the worlds 195 countries, the Sustainable Development Goals (SDGs) represent a united vision of equality, justice, and sustainability for the future. These goals include 'no poverty,' 'zero hunger,' 'reduce inequalities,' and the creation of 'sustainable cities and communities.'

Realistically, are the SDGs even possible to achieve? This question is one much debated in academic literature (Fletcher and Rammelt, 2017; Sachs, 2015), and with ten years to go before the SDG deadline, the jury is still out on this decision.

Having a chance of achieving the SDGs relies on scientific and technological innovations. For example, the United Nation's target to double global food productivity by 2030 to achieve zero hunger requires technological innovations in agricultural systems. My PhD, as part of the International Development research in the Astrobiology department of the Open University, involves investigating the potentials and challenges of using innovations in space technologies for sustainable development. Currently, in my first year, what I love most about this research topic is how it combines both STEM and the social sciences. I get the opportunity to learn all about how space technologies are used for astrobiology research, whilst simultaneously gaining knowledge about how the society we live in interacts with these technologies. 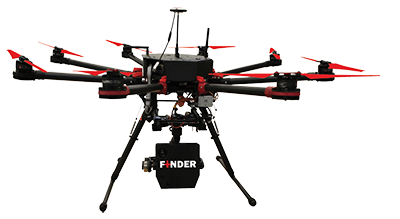 I've learnt that the potentials of space technologies are immense. For example, remote sensors are being used by first responders to improve disaster search and rescue missions. This use aids SDG 11.5 to reduce the number of deaths, and economic losses cause by disasters, along with SDG 13.1 to strengthen resilience to disasters. NASA and the company R4 developed the Finding Individuals for Disaster and Emergency Response (FINDER) device. FINDER was used by first responders in the Nepal 2015 earthquake to successfully detect and save four men trapped in over 10 feet of debris, a feat previously unachievable by first responder technologies (Coleman et al., 2018). Analysing weak radio signals has long been used by space scientists to identify small movements, such as changes in the orbit of satellites around planets. The FINDER device used the property of analysing weak signals to detect heartbeats trapped under wreckages.

Another example of space technologies for sustainable development is the use of satellite imagery to map informal settlements in the Global South. Public services like sanitation and roads, have often been limited or not provided in informal settlements due to their virtual invisibility in spatial maps such as google earth. Residents of informal settlements are using remote sensing data to created detailed maps of the areas. One example of this type of mapping is Map Kibera (Hagen, 2017). These maps can aid evidence-based pro-poor targeted expenditures at the areas which need it most. This use of spatial data could assist several SDGs, such as SDG 10, to reduce inequalities, or SDG 16, to create peace, justice, and strong institutions.

Particularly during the COVID-19 global pandemic, restrictions from face-to-face interactions means we are relying on space technologies more than ever. Remote communications, enabling logistical planning to take place and for us to keep connected to our friends and family, are possible through telecommunications satellite infrastructure.

These examples scratch the surface of the countless ways space technologies can be applied in society. The Space2030 Agenda, outlined by the United Nations Office for Outer Space Affairs, provides a roadmap for how space applications could be used in aid of all 17 SDGs.

Space technologies carry immense potentials to aid society, but they also come with complex challenges. As explored by Science and Technology Studies scholars, technologies are never neutral and hold the potential to exacerbate existing inequalities in benefits from innovations. A digital divide, or space gap, exists in access to space benefits. For example, UNESCO has reported that 45% of the world's population still do not have access to the internet (UNESCO, 2019). In the era of COVID, this means a lack of access to critical communications and information. Along with access to space infrastructure, challenges exist in being able to build space infrastructure and analyse spatial data.

Historically, governmental, military and commercial agendas from countries such as the US have dominated the uses of and benefits from space technologies. Recently, acts such as the US 2020 executive order are advancing the privatisation of space in the interests of a few global elites, such as military agendas, powerful state agendas, and multinational corporation agendas. Inequalities in who has access to and control over resources have the potential to be deepened, along with uneven distributional benefits of space.

The 1967 Outer Space Treaty, which remains the guiding principles behind space use, states that that 'The exploration and use of outer space … shall be carried out for the benefit and in the interests of all countries, irrespective of their degree of economic or scientific development' (UN, 1966). Particularly in a post-colonial era, where colonial injustices were fresh, countries in the Global South envisioned the Outer Space Treaty as incorporating notions of distributional justice. The SDGs and the African Union Space Policy also enshrine these concepts of equitable benefit sharing.

UN, 1966. Treaty on Principles Governing the Activities of States in the Exploration and Use of Outer Space, including the Moon and Other Celestial Bodies. United Nations General Assembly.