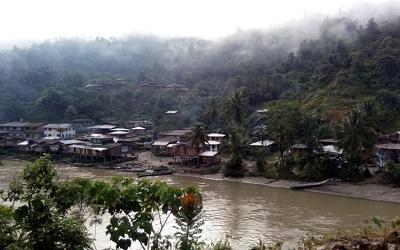 The Open University has a strong history of collaboration with Christian Aid.  This year the two organisations have come together with academics and civil society organisations from the global North and South to form the ‘Rethinking Research Collaborative’ (to be launched later this year). This built on previous work co-led by Dr Jude Fransman, Research Fellow in the Institute for Educational Technology, with Christian Aid, which culminated in the production of a Rethinking Research Partnerships Discussion Guide and Toolkit. Over the next two days we will look at several Christian Aid projects dealing with issues of forced displacement starting with today’s blog coming from Kas Sempere, a member of Christian Aid’s Centre for Excellence in Research, Evidence and Learning  (REL).

After more than 50 years of armed conflict, people around the world rejoiced as the Colombian government and the FARC guerrilla group signed a much-longed-for peace agreement in 2016. However, this historic event hasn’t heralded the changes hoped for. The flow of Colombians fleeing their homes continues – with the Latin American country still home to the most internally displaced people in the world, currently standing at more than 7 million’

Last week, Christian Aid programme officer Pedro and I, together with our partner organisation, Justice and Peace, went to visit Afro Colombian communities in the Naya River region, in Valle del Cauca. It was clear that the situation there is really bad. Many people are fleeing their homes due to increased violence at the hands of armed groups. In the Naya river region, four Afro-Colombian community leaders were recently kidnapped, and consequently killed. Their families, fearing for their lives, had to flee from the forest to Buenaventura, the nearest city, to seek refuge.

Two wives and a daughter of the four victims shared their experiences. One commented:

I was terrified, I had to flee… the government does not see us as human beings. We, as Afro Colombian farmers, we don’t feel the support of the state

The women shared that they were suffering, as they could not know how their loved ones were doing back home.

Unfortunately, the situation in Naya River is not unusual, with the killing of community leaders being commonplace in many parts of Colombia.

One of the reasons for the continued displacement is the failure of the state to fill the power vacuum left by the FARC (Fuerzas Armadas Revolucionarias de Colombia, or in English, the Revolutionary Armed Forces of Colombia - People's Army) in rural Colombia. These gaps in authority are now filled by right-wing paramilitaries, mafias, remaining guerrillas, and other illegal armed groups.

But the continuation of violence is not the only reason for the recent displacements. Other causes include interests on land – from extensive and extractive economies such as mines, both legal and illegal; to mega projects of infrastructure and illicit economies. Extortion, sexual violence and impunity are among other factors.

The reverse side of internal displacement is the challenge of confinement. While many Colombians have to flee their homes in fear, others end up staying in dangerous territories to keep their homes and lands safe. Yet, they know from the experience of others that if they flee they might lose their lands and homes for good to the hands of violent armed groups. Consequently, they cannot move freely within their territories and their livelihoods are affected because they cannot farm or fish safely.

We are confined here, the State has abandoned us…

During our visit, we learned that those that stay are key in supporting the return of those that have left. For instance, they keep and prepare the land if their loved ones return.

The Colombian state has a responsibility to protect both the displaced and the confined. In turn, we as the international community should keep protecting and supporting Colombian citizens and other displaced people around the world. We shouldn’t relax in believing that peace will come naturally or automatically. We need to monitor that the peace agreement is implemented, and that the Colombian government takes full leadership and responsibility in this.