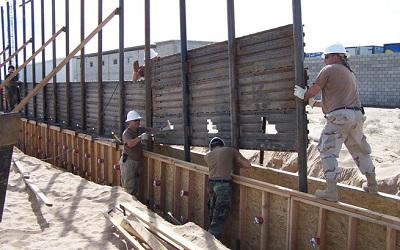 Following on from yesterday’s post looking at the legality of immigration law change in the US in response to recent tweets by Donald Trump, his call for Democratic support on Border Security proposals included addressing ‘The Wall’. During Trump's campaign, Professor Lisa Wade from Occidental College in Los Angeles highlighted the implications of the Mexican border wall on migration. As Trump now threatens to 'shut down' government, Professor Wade's incites into how the wall is likely to exacerbate the precise 'problem' Trump is hoping it will solve, become even more critical.

Most Americans are either attracted to or repulsed by Donald Trump’s strong rhetoric around the “wall” between the US and Mexico. His plan is to build one taller and wider than the ones we already have, on the assumption that this will curb undocumented immigration and the number of migrants who live here.

But the idea isn’t just exciting or offensive, depending on who you’re talking to, it’s also wrong-headed. That is, there’s no evidence that building a better wall will accomplish what Trump wants and, in fact, the evidence suggests the opposite.

The data comes from a massive 30-year study led by sociologist Douglas Massey, published last month at the American Journal of Sociology and summarized at Made in America. He and his colleagues collected the migration histories of about 150,000 Mexican nationals who had lived for at least a time in the US and compared them with border policy. They found that:

In any case, the economic impetus to migrate has declined; for almost a decade, the flow of undocumented migrants has been zero or even negative (more leaving than coming). So, Trump would be building a wall at exactly the moment that undocumented Mexican immigration has slowed. To put it in his terms, a wall would be a bad investment.