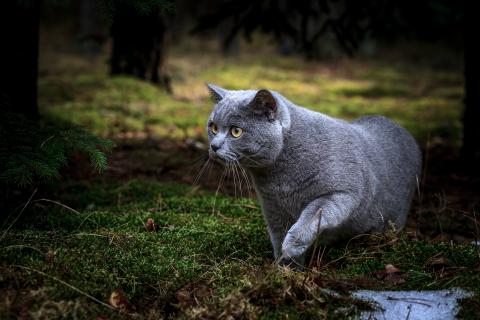 Cats are notorious for straying for days and the idea of them wearing a GPS device seems like a good one, but OU researchers say maybe not.

Patrizia Paci, an OU PhD student in the Faculty of Science, Technology, Engineering and Mathematics, has done some research using a sample of 13 cats wearing two different off-the-shelf GPS devices and measured their reactions when wearing the devices and when not wearing anything (control condition).

She found that when cats wore the biotelemetry devices, they presented with more bouts of scratching than they did during the control condition, which suggests that they had a reaction to the devices.

“The study findings show that scratching increased in those cats when wearing the device in a way that is qualitatively meaningful” said Patrizia. “Therefore, when evaluating the wearability of a device with cats, scratching could be used as an indicator of negative impact.”

The next step for the researchers is to develop a prototype device as a part of a wider programme to develop a wearer-centred framework for animal-centred biotelemetry devices.

The paper: The Role of Ethological Observation for Measuring Animal Reactions to Biotelemetry Devices, will be presented at ACI2017, the fourth International Conference on Animal-Computer Interaction hosted by the OU at Milton Keynes campus from 21-23 November 2017.

This doctoral work is part of the research program of the OU Animal-Computer Interaction (ACI) Lab led by Dr Clara Mancini, which investigates and develops interactive technology to support animals and improve their welfare, and foster positive human-animal relationships.

Read more about the ACI at the OU

Wearable technology will also be addressed in Am I normal? Blaine Price, OU Professor of Computing’s inaugural lecture on 28 November, when he will address the risks and benefits of novel health technologies that automatically gather data about individuals and their lifestyles.

Read more about Am I normal? and register