Day 83, Year of #Mygration: Borders within the state: turning private citizens into immigration controllers throught the Immigration Acts 2014 and 2016 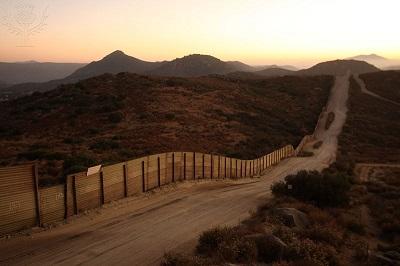 Written by Dr Neil Graffin, Lecturer in International Law at the Open University

"What do you think of when you think of border controls? Maybe you think of passport control at an airport, and stern looking immigration officials? Or, maybe you think heavily fortified borders, such as the walls separating Mexico and the United States, or the Melilla border fence? Alternatively, you might think of borders where the change from one country to the next is almost imperceptible, such as in relation to the border between Northern Ireland and the Republic of Ireland?

"You may not consider that immigration control can take place within a country, by private citizens, and that this currently takes place in the UK. However, the Immigration Act 2014 and the Immigration Act 2016 have introduced a number of means through which specific service providers are required to check the immigration status of individuals. Those affected by the changes include, for example, landlords, the NHS, the DVLA, and banks.

"These Acts have controversial effects, some of which will be discussed here. Section 21 of the Immigration Act 2014 provides that a person without leave to enter or remain in the UK does not have a ‘right to rent’ premises. This is supplemented by section 39 of the Immigration Act, which inserts section 33A into the Immigration Act 2014, creating a criminal offence if a landlord knowingly or has or has reasonable cause to believe that he or she is renting to an illegal migrant. In a report by the Joint Council for the Welfare of Migrants which took place during the pilot scheme of the Immigration Act 2014, it was found that amongst 51% of surveyed landlords, they were less likely to consider letting to foreign nationals. In a survey from the Residential Landlord’s Association, 43% stated that they were less likely to rent to those without a British passport because of the fear of criminal sanctions for getting it wrong under the ‘Right to Rent’ legislation. One of the effects of this is that even those that are entitled to rent in the UK can be denied the right to do so. In addition to this, vulnerable asylum claimants, who may have to wait weeks for documentation are being left homeless while they wait.

"Sections 38 and 39 of the Immigration Act 2014 contain provisions relating to NHS surcharges. This means that for migrants who are applying for a visa to work, study or join their family in the UK for more than 6 months, who are from outside of the European Economic Area, must pay a fee for the NHS. This fee is rising from £200 to £400 (the discounted rate for students and those on the youth mobility scheme will go up from £150 to £300). NHS trusts have also been incentivised to identify ineligible patients and to charge them. Concerns have been raised that the policy may be discriminatory and could lead to racial profiling. It has also been argued that the surcharges compromise a doctor’s duty under the Ethical guidance for doctor’s to show respect for human life. There are also concerns that the new charging regime will hit vulnerable groups the hardest.

"Aside from these discriminatory effects, it might be argued that these new powers create immigration controllers out of private citizens, creating border controls within the state. By doing this, it might be argued that they are increasing processes of ‘othering’ whereby migrants, or UK citizens who do not meet a specific racial profile, are treated differently from those that come from the UK. In a post-Brexit world, we could see that these sorts of issues become amplified, as the rules for the 3 million EU nationals living in the UK will most likely change, meaning that these Acts could also apply to them."