Day 85, Year of #Mygration: Making Sense of Migration in Northern Ireland in the light of Brexit 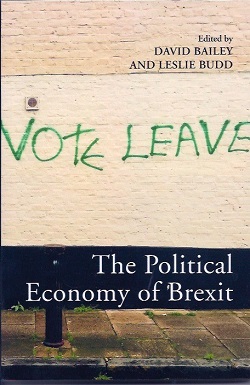 Written by Leslie Budd, Reader in Social Enterprise at the Open University.

The reasons why part of the eligible population of the United Kingdom voted to leave the European Union (EU) are manifold and complex. The more insightful studies suggest an interplay of nationalism, socio-economic, political, cultural, identify and belonging factors. There were also distinct regional and sub-regional geographies to citizen’s preferences. The dominant narrative of the Leave Campaign, “Take Back Control’, particularly on immigration, appears to crystalize the anomie felt by many citizens in respect to European Modernity, manifested by the EU. Ironically, in light of this imagined nationalism, a post-Brexit UK is likely to be fractured between its English and Celtic components, especially in Northern Ireland (NI).

Similarly, it can be argued that migration occupied the locus of fracture and paradox; exclusion and belonging, moving one or more habitus to others whilst retaining residential culture and identity. In viewing the regional distribution of attitudes to Brexit and migration in the UK, NI makes for an interesting case given its history, culture, politics and migration patterns. At first glance, it seems to correspond to Winston Churchill’s 1939 observation on Russia: “a riddle inside a mystery, wrapped in an enigma”. It is also what makes it a remarkable place populated by remarkable people.

The Challenge of Conceptualisation

Conceptualising migration is complicated and challenging. One approach is to use that of Habitus which derives from the work of Pierre Bourdieu, the French sociologist. It is simply defined as:

a system of embodied dispositions, tendencies that organize the ways in which individuals perceive the social world around them and react to it.

Within the conceptualisation of Habitus it is acknowledged that there is a limited extent to which an individual’s actions can significantly vary from the usual activities of their social group. This is particularly the case for migrants entering a habitus that is foreign to the one they come from and one in which they have more or less social and cultural capital. These forms of capital are crucial for migrants in negotiating belonging and exclusion; identity and nationalism, with their setting being considered part of another concept of Bourdieu, that of the Field, which is:

a set of objective power relations that impose themselves on all who enter the field and that are irreducible to the intentions of the individual agents or even  to the direct interactions among the agents.

One of the rules in this setting is that one’s past is ostensibly irrelevant. The resources are the various forms of capital migrants bring with them, or they can realise in the new settings.

The cross-cutting situation of Northern Ireland

The multifaceted and intriguing territory that is NI represents 3% of UK population and 2% of its national income. In 2016, net migration was just 0.88% of the UK total and in the Referendum on EU membership in the same year, 56% of those voting expressed their preference to remain.

Like many countries, net migration peaked just before the Global Financial Crisis (GFC) of 2008. But unlike its closet neighbor, the Republic of Ireland (ROI), the long-term trend of net migration from 1871 to 2014 is close to zero. So it is apparent that ‘taking back control’ of migration in NI is hardly a problem in terms of numbers. The majority of inward migrants are from Poland and, more recently, from Romania who tend to locate in the counties close to the border with the ROI and who also tend to be younger. In NI the immigrant count is made using medical cards, which also acts a proxy of the use of public resources. In 2015, immigrants in the UK contributed £8.8bn more in taxes than they claimed in public benefits. In the case of NI, they created £1.2bn in extra national income and 40000 jobs between 2004 and 2008, so it may be safe to assume that their cultural and social capital also created increased net benefits. Part of this effect is the increased devolution of socio-economic activities to the border region following the Good Friday Agreement (GFA) of 1998 that brought an end to twenty years of “The Troubles”.

The GFA marks a constitutional difference with the rest of the UK in that citizens have their choice of nationality (British or Irish or both) as well as equality rights enshrined in it. Alongside the Common Travel Area (CTA) of 1923 that allows free movement between the two parts of Ireland, it marks NI as a different kind of habitus for migrants. In the complex negotiation over exiting the EU, NI is the keystone in that all sides are opposed to a hard border. In the event of a hard Brexit, it is estimated that national income would be reduced by between 8% and 12% by 2030. If realised, the habitus of NI would be significantly less attractive to migrants, negatively transforming their field and contributory social and cultural capital. In making sense of migration and Brexit, NI is a significant challenge to all its publics.

Leslie Budd is Reader in Social Enterprise in the Department of Public Leadership and Social Enterprise (PuLSE) at the Open University Business School. He is an economist who is internationally known for his work on regional and urban economics in the context of international financial markets and the co-editor of the recently published book The Political Economy of Brexit (2017) (with David Bailey).