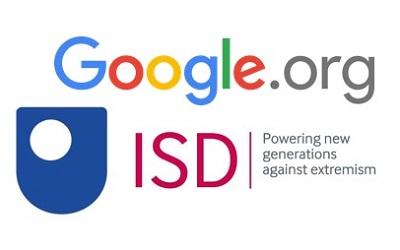 The Open University has received funding to research, pilot and evaluate the use of virtual technology to combat extremism among young people. As part of the project, ‘virtual field trips’ are being created which it is hoped will help strengthen the social resilience of those aged nine to eleven across England who are considered some of the most vulnerable to hate and extremism.

The innovative project – ‘Virtual Inclusion: Tackling Hate and Extremism in the UK Using Virtual Reality Technology’ is receiving nearly £100,000 in funding from a partnership between technology giant Google and the London-based thinktank the Institute of Strategic Dialogue (ISD).

The project team is led by Dr Peter Bloom, Head of the Department for People and Organisations and co-founder of the REEF research centre in the OU Business School, and includes his departmental colleague Dr Evangelia Baralou as well as Professor Shailey Minocha, Professor of Learning Technologies and Social Computing in the STEM faculty.

Three immersive 10-minute 3D experiences will be created which will be demonstrated in a school in three English towns and cities in the new academic year that starts in October.

According to Dr Bloom: “Extremist organisations such as Islamic State and various far-right groups have been early adopters of new technology. Understanding this technology and demonstrating how it might be used for good is of immense value. We’re aiming to show the positive impact of virtual reality technology and to instil a stronger sense of progressive values among these young people.

Extremist organisations such as Islamic State and various far-right groups have been early adopters of new technology. Understanding this technology and demonstrating how it might be used for good is of immense value

“This innovative and exciting early-intervention project is a really good way of promoting social inclusion and tolerance together with a positive message of anti-hate and anti-extremism. By creating a groundbreaking educational resource, we are tackling hate and extremism head on and hopefully reducing the influence of virtual reality technology as a potential hi-tech recruitment method in some susceptible communities.”

The research also involves the university-wide Centre for Policing Research and Learning (CPRL), who will be identifying the groups of young people most vulnerable to extremism across Britain, and will also liaise with the Children’s Research Centre, founded by current OU Acting Vice-Chancellor, Professor Mary Kellett.

In addition, the OU will collaborate with DEMOS – another influential UK thinktank and a world leader in social media analysis and evaluation – to meet with key policymakers to publicise the research aims and outcomes.

Following the pilot scheme, it is hoped to turn the ‘virtual field trips’ into an interactive 3D resource that can be accessed for free on the OU’s OpenLearn platform, as well as to produce a digital toolkit that can be used by educators and community leaders across Britain and internationally.

Amongst its goals, the project aims to:

The ultimate aim, of course, is to use virtual reality to change our actual world for the better.

Dr Peter Bloom is a Senior Lecturer and Head of the Department of People and Organisations at The Open University.