Day 69, Year of #Mygration: Homeless people who avoid life-saving services, if there is a risk of deportation 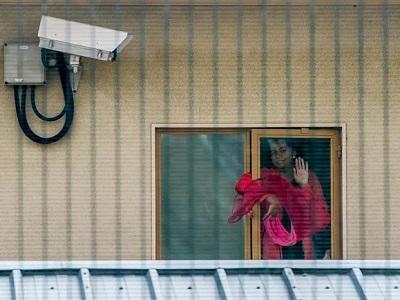 As the UK was hit by snow and freezing temperatures in late February and March this year, more beds in shelters were made available, and people in England and Wales were advised to use the StreetLink app and helpline to report rough sleepers. The project sets out to ensure that no one in a wealthy country dies of cold because they have nowhere appropriate to sleep.

But this is overshadowed by reports of Home Office immigration, compliance and enforcement (ICE) teams seeking out rough sleepers without a recognised claim to be in the UK for detention and deportation, alongside homelessness charity outreach teams. This raises important issues about the relationship between border policies and the treatment of people who are already in the UK, and about access to basic human rights.

This story starts back in 2015, when the House of Commons heard about Operation Adoze – a pilot scheme by the Home Office to deport non-UK citizens from the European Economic Area (EEA) sleeping rough in London. Guidance notes clarifying the regulations on the administrative removal of non-UK-EEA-citizens drew concern from homelessness advocates and lawyers, for identifying rough sleeping as an “abuse” (in May 2016) and later a “misuse” (in February 2017) of the EU’s right to free movement.

Throughout 2016, a round-up of rough sleepers in London is reported to have taken place with the cooperation of outreach teams from homelessness charities, which allegedly passed information about non-UK-citizens who were sleeping rough to the Home Office, leading to detentions and deportations. During this time, charities’ data were also reportedly being used for Home Office mapping. Similar stories have emerged as far afield as Bristol, Brighton and Cardiff.

Finally, in December 2017, the High Court ruled that the round up and deportation of non-UK-EEA-citizen rough sleepers was unlawful, as rough sleeping was not an abuse or misuse of EU free movement. But this story is not only about EU free movement rights. It is about the relationship between the right to life-saving shelter, and migration enforcement.

The snowfall which recently covered parts of the UK served up a stark reminder that access to adequate housing is a basic human right, which can save lives. Now, more than ever, it is clear that access to adequate housing must be decoupled from migration enforcement, to move away from an environment in which destitution, administrative detention and deportation are contributing to a hostile environment for non-UK-citizens, without legal process. For example, hunger strikers in Yarl’s Wood detention centre were recently informed by the Home Office that they risk being deported sooner if they continued to protest.

Some might argue that if Home Office officials can assess individuals’ cases, those with a genuine claim to remain in the country will be fine; only the nefarious will be removed. But even if things did work this way, it would raise two problems. It implies that the right to life is dependent on a person’s paperwork, and not their humanity. And it doesn’t make provision for those who are scared and unwilling to risk seeking help.

What’s more, as a result of drawn-out and unfair asylum decisions (a third are reversed if they get to appeal), administrative issues and inappropriate housing, migrants can be left destitute through their engagement with the Home Office. Ill-considered migration control measures could prevent the most vulnerable from seeking help, and undermine the work of organisations that have been serving rough sleepers for decades. It has been suggested that cooperating with the Home Office undermines the integrity of those homelessness organisations, which try to give their service users a voice and a platform to challenge government policies.

Out of sight, out of mind?

This is all part of the changing reality of how homeless people of all nationalities are treated across the UK. Greater numbers of people are becoming homeless, while some police forces and local authorities are taking tough stances against people begging and sleeping rough, purporting to crack down on the “fake homeless” and arguing that homelessness is a choice, without acknowledging how “choices” are affected by the range of options on offer.

Homelessness charity Crisis has warned: “If it is true that people are avoiding help from outreach teams for fear of encountering the Home Office, then these people will become more vulnerable, not less.”

In this hostile climate, it’s important to ask national and local charities and shelters for clarity on their policies relating to immigrant rough sleepers and to raise wider questions about the domain of migration enforcement. Organisations like Red Cross and Praxis offer specialist services for migrants, along with many others. Information about them can be found online.

It’s also important to ask a rough sleeper what sort of support they’d find helpful. This might involve helping them call a shelter, letting them know about local specialist support, or buying some food, gloves or a hot drink.

The truth is, in the UK today, there are pitifully few options for destitute non-UK-citizens – some of whom have been cut off from both work and welfare, and left with no alternative. Looking beyond immediate measures, it’s crucial to decouple shelter and other basic goods from migration control, and to critique policies that increase destitution – irrespective of citizenship.

There’s also a discomforting possibility that the appeal of Streetlink’s simple app comes from a twin desire to save homeless people, and to hide them from view. Seeing someone sleeping in the snow raises uncomfortable questions about British society today which must be acknowledged – then addressed head-on. It’s not enough to send a text and continue walking. The UK is a democracy. Its policies rely on the taxes and mandate of the electorate. If enough people make it clear that these injustices cannot continue, the government will put a stop to them.

First published as Tendayi Bloom, 'Homeless people could avoid life-saving services, if there's a risk of deportation', The Conversation, 7 March 2018